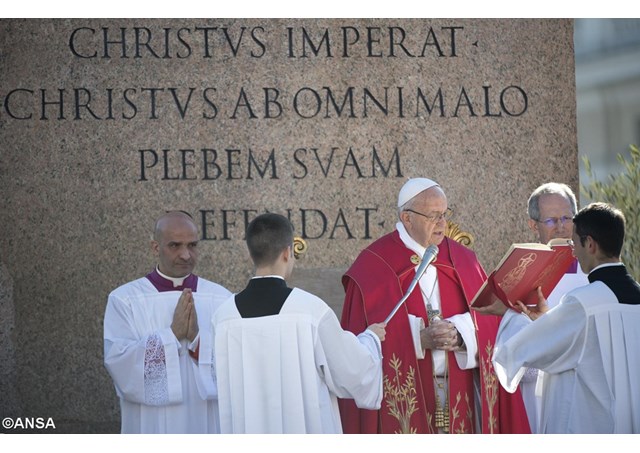 (Vatican Radio) Pope Francis condemned the terror attack on a Coptic church dedicated to St. George – Mar Girgis – in the city of Tanta, north of Cairo, which killed upward of two dozen people and injured nearly 60 others.

“[W]e pray for the victims claimed this [Sunday] morning,” Pope Francis said in remarks to the faithful gathered in St. Peter’s Square to pray the Angelus with him following Palm Sunday Mass, during which news of the attack - the first of two on Coptic targets Sunday, occurred.

“To my dear brother, His Holiness Pope Tawadros II,” Pope Francis continued,  “to the Coptic Church and to all the dear Egyptian nation I express my deep condolences. I pray for the dead and the injured, and I am close in spirit to the family members [of the deceased and injured] and to the entire community.”

Pope Francis went on to pray, “May the Lord convert the hearts of the people who are sowing terror, violence and death, and also the hearts of those who make and traffic weapons.”

Pope Francis is scheduled to visit Cairo at the end of this month.