Pope: ‘Human trafficking worsening due to lack of real commitment’ 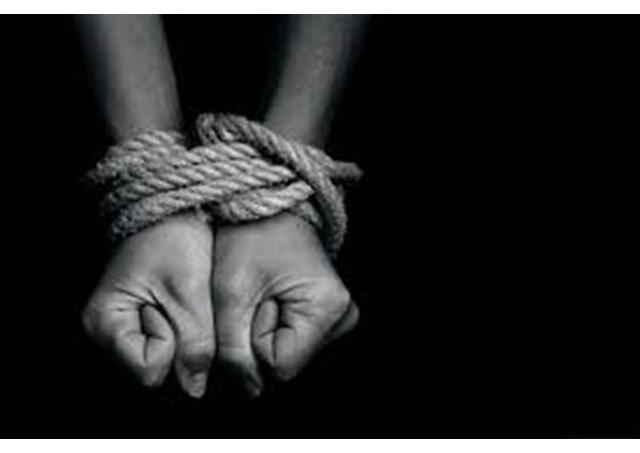 (Vatican Radio)  Pope Francis told a Vienna “Trafficking in Persons” conference on Monday it is time to put an end to the “worsening tragedy” of child trafficking and slavery.

The Pope’s words came in a message read out by Fr. Michael Czerny, SJ, Under-secretary of the Migrants and Refugees Section of the Dicastery for Promoting Integral Human Development, to the Organization for Security and Co-operation in Europe (OSCE)’s “17th Alliance against Trafficking in Persons Conference,” taking place in Vienna.

In his message to the OSCE conference on trafficking in children, Pope Francis called the problem “a form of slavery, a crime against humanity, a grave violation of human rights, and an atrocious scourge”.

He said human trafficking is “worsening” and that, in some instances, “evidence brings one to doubt the real commitment of some important players.”

Repeating his words in 2014 during a pilgrimage to the Holy Land, the Pope said, “All too many children continue to be exploited, maltreated, enslaved, prey to violence and illicit trafficking. Still too many children live in exile, as refugees, at times lost at sea, particularly in the waters of the Mediterranean. Today, in acknowledging this, we feel shame before God.”

The conference is promoting the three P’s for effective action against trafficking (to prevent, to protect, and to prosecute), to which Pope Francis added a fourth: “to partner”.

Speaking about the goal of prevention, he said, “It should be acknowledged that very little has been done to address the “why” of many young people being tricked or sold into trafficking and slavery.”

He said, “Demand and supply, in turn, are deeply rooted in the three great issues of conflicts and wars, economic privation and natural disasters, or what the victims experience as extreme poverty, underdevelopment, exclusion, unemployment and lack of access to education.”

Protection against human trafficking, the Pope said, begins with protection of the family.

He said the “ultimate objective” is “the best interests of the child, in which the family dimension occupies a place of greatest importance.”

“Protection of children requires the protection of families; therefore, policies and programs must provide families with the essential tools to protect and nurture their children in situations of vulnerability. Among these essentials – all well within reach of OSCE member-states – are decent housing, healthcare, the opportunity to work, education…”

The Holy Father went on to say “the complexity of the global human trafficking scenario makes prosecuting traffickers very difficult”.

But he said consumers are the real drivers of demand: “While acknowledging the efforts of some countries to punish those responsible for such crimes, we must sadly note that there are still too few cases where “consumers” have ended up in prison. While perhaps not the masterminds, they are definitely the real authors responsible for such heinous crimes.”

Turning to the fourth and added pillar of “partnership”, Pope Francis said cooperation is needed to address the problem of trafficking and that its basis lies in the principle of subsidiarity.

He said this allows victims to turn to religious organizations when they lack trust in public institutions or are afraid of being punished.

“Let us not forget that different partners have distinct attributes. Many victims turn to civil and religious organizations because they have learned to mistrust public institutions or are afraid of being punished (retribution). That is why it is important that the institutions collaborate regularly with such organizations in the formulation and implementation of effective programs and the provision of the necessary tools.”

He said, “encounter, networking, social media and spirituality are among the useful means [for] exercising partnership.”

“They are a sign of hope, a sign of life, but also a ‘diagnostic’ sign, a marker indicating the health of families, society and the entire world. Wherever children are accepted, loved, cared for and protected, the family is healthy, society is more healthy and the world is more human.”

Click here to read the full text of Pope Francis' message to the OSCE Conference.