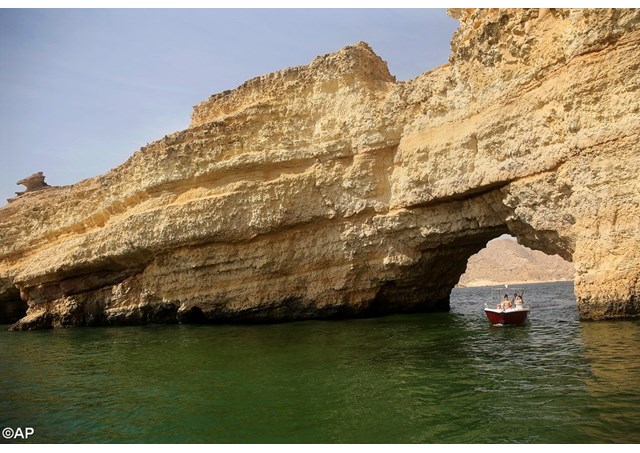 (Vatican Radio)  The Holy See has called on the United Nations to promote “responsibility for those who come after us”, in the areas of climate change and justice for the poor.

Archbishop Bernardito Auza’s words came in an address to a high-level discussion at the UN on “Climate Change and the Sustainable Development Agenda”.

The Holy See’s Apostolic Nuncio and Permanent Observer to the UN cited Pope Francis’ Encyclical Laudato Si’: “how inseparable the bonds are between concern for nature, justice for the poor, commitment to society, and our own interior peace”.

He also repeated the Pope’s exhortation not to separate human existence from nature.

“The Holy Father thus urges us to consider that nature cannot be regarded as something separate from ourselves or as a mere setting in which we live. We are part of nature, included in it and thus in constant interaction with it.”

Archbishop Auza concluded with a call for “intergenerational solidarity”:

“My Delegation urges generosity, solidarity and selflessness as we implement both the 2030 Agenda and the Paris Agreement, in order not to leave future generations pay the extremely high price of environmental deterioration.”

Please find below the full text of the address:

Mr. President, The Holy See wishes to thank you for gathering together the various stakeholders to explore the connections between climate change and the 2030 Agenda for Sustainable Development, in view of invigorating both the momentum and the will to propose and implement concrete solutions for the benefit of all the people of the world and the “common home” that we share. Pope Francis reminds us that “the urgent challenge to protect our common home includes a concern to bring the whole human family together to seek a sustainable and integral development.” [1] In the same manner, world leaders adopted the 2030 Agenda that represents the most ambitious universal development agenda ever. The Paris Agreement on Climate Change is similarly ambitious. Together they reflect the reality that global consensus is essential for confronting the deeper problems, which cannot be resolved by unilateral actions on the part of individual countries. As this gathering seeks to pursue these two ambitious plans together, we are reminded that without a commitment to specific, coordinated, quantifiable and meaningful steps forward, these plans will fail to live up to their potential and remain mere rhetoric. As specific solutions are sought, we should also be mindful of “how inseparable the bonds are between concern for nature, justice for the poor, commitment to society, and our own interior peace”. [2] Our concern to take greater care for nature should also arouse in us an empathy with those left behind, those who are affected by environmental degradation, and those who are excluded from economic and political processes. Pope Francis warns that “to seek only a technical remedy to each environmental problem which comes up is to separate what is in reality interconnected and to mask the true and deepest problems of the global system.”[3]

The Holy Father thus urges us to consider that nature cannot be regarded as something separate from ourselves or as a mere setting in which we live. We are part of nature, included in it and thus in constant interaction with it. This symbiosis implies that a crisis of the environment necessarily means a crisis for us. We are not faced with two separate crises, one environmental and the other social, but rather one complex crisis that is both social and environmental. Thus, “strategies for a solution demand an integrated approach to combating poverty, restoring dignity to the excluded and protecting nature”. [4] The same principle of interconnectedness binds together the three biggest United Nations processes in 2015, namely, the Addis Ababa Action Agenda on financing for development, the 2030 Agenda for Sustainable Development, and the Paris Agreement on Climate Change. There are not three separate challenges of financing development needs, agreeing on new development goals and tackling climate change, but one overarching challenge of how to orient our politics, economies, technology, businesses and personal behavior — indeed, all our efforts — toward a sustainable, integral and authentic development in harmony with nature. “It cannot be emphasized enough how everything is interconnected.” [5]

Mr. President, My Delegation welcomes the way in which both the 2030 Agenda and the Paris Agreement acknowledge the central importance of the human person. The 2030 Agenda rightly begins by noting that “the dignity of the human person is fundamental.” In the same vein, Pope Francis has urged that all environmental and development initiatives focus on the innate dignity that we all share in equal measure. This dignity must remain at the center of our debates. In particular, those who are weak and marginalized, those who are poor and ill, the unborn and the elderly alike, the refugees and victims of war and violence, and those disproportionately impacted by greed and indifference must have a special place in the initiatives we pursue. Their sufferings and anxieties, their fears and hopes should not fail to raise an echo in our hearts. The 2030 Agenda’s “determin[ation] to end poverty and hunger… and to ensure that all human beings live in dignity and equality and in a healthy environment”[6] should lie at the heart of our efforts.

My Delegation would also like to underline our responsibility for those who come after us. As Pope Francis affirms, “Intergenerational solidarity is not optional, but rather a basic question of justice, since the world we have received also belongs to those who will follow us”. [7] We cannot speak of sustainable development apart from intergenerational solidarity. My Delegation urges generosity, solidarity and selflessness as we implement both the 2030 Agenda and the Paris Agreement, in order not to leave future generations pay the extremely high price of environmental deterioration.

Mr. President, The implementation of the 2030 Agenda and the Paris Agreement separately and in harmony with each other involves complex technical, economic, social, political, and legal aspects. Goals and targets will be thoroughly evaluated using indicators and all sorts of measures to gauge success or failure. At the end of the day, their positive impact on the human person, particularly on those left behind, will be the true measure of our success.

6 The 2030 Agenda for Sustainable Development, Preamble.