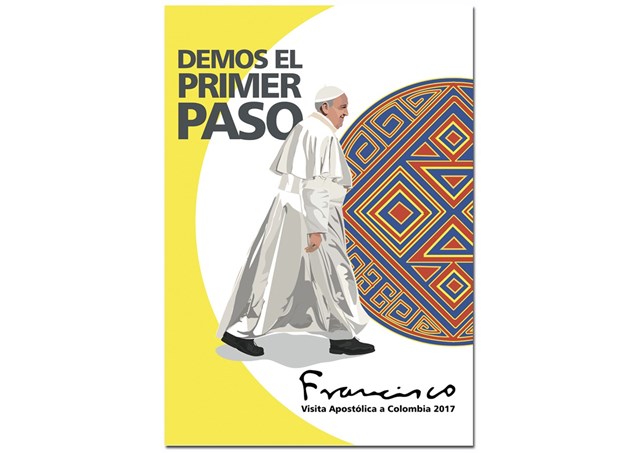 (Vatican Radio)  The Vatican announced Friday that Pope Francis will make an Apostolic Journey to Colombia from 6 to 11 September 2017.

A communique from the Holy See Press Office confirmed that the Holy Father will visit the cities of Bogotá, Villavicencio, Medellín, and Cartagena:

“Accepting the invitation of the President of the Republic and the Colombian bishops, His Holiness the Pope Francis will make an Apostolic Trip to Colombia from 6 to 11 September 2017, visiting the cities of Bogotá, Villavicencio, Medellín and Cartagena. The programme for the trip will be published shortly.”

The logo of the Journey contains the motto of the Pope’s Apostolic Journey: “Let’s take the first step” [Demos el primer paso].

A message accompanying the logo says the words refer to "the more than 50 years of violence" which divided Colombia.

“The visit of Pope Francis to Colombia is a moment of grace and happiness in order to dream about the possibility of transforming our country and taking the first step. The Holy Father is a missionary of reconciliation.”

The message goes on to say the logo represents the Pope’s visit “with the image of the Holy Father walking, as a symbol of action, taking a step to begin to build and to dream, because every change begins with the conversion of the heart (individual) and every change requires a moment to return to encountering one another (collective). It is the moment in our history to discover our identity as a country, which is reflected in the depiction of Colombia’s pre-Columbian figure.”