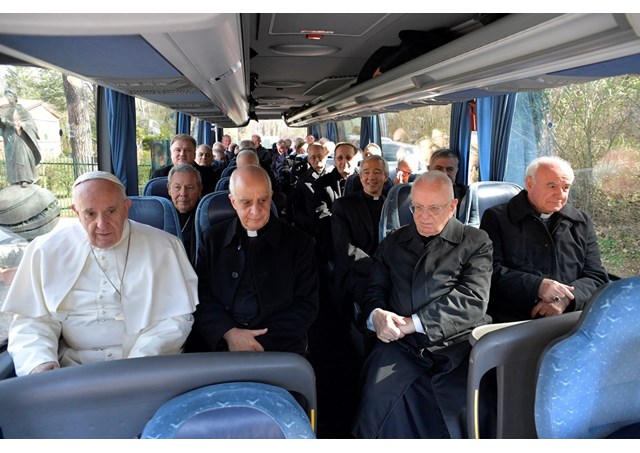 (Vatican Radio) The Holy See Press Office has announced that Pope Francis has returned to the Vatican after having concluded the Spiritual Exercises.

On Friday morning, before leaving Arricia – where the retreat was taking place – the Holy Father celebrated Mass for Syria.

He also sent €100,000 to the poor of Aleppo, thanks to a contribution of the Roman Curia. The donation will be made by the Office of Papal Charities, the Elemosineria Apostolica (Apostolic Almoner).

On Friday evening, Pope Francis is set to travel to the Vicariate of Rome where he will meet with the prefects of the Diocese. The meeting, a normal part of the life of the local Church, will be strictly private.