Voices of Faith: Women and leadership 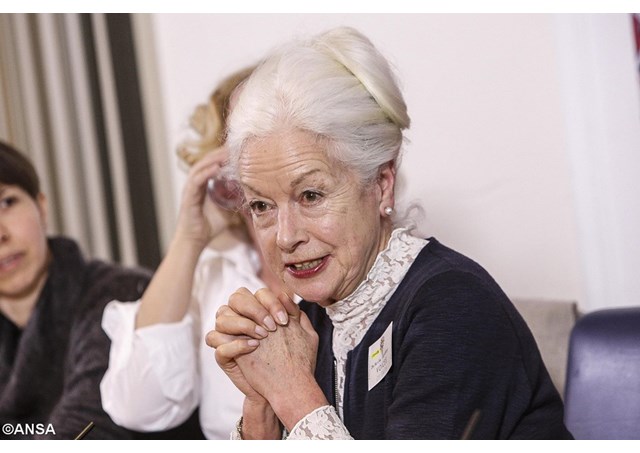 The initiative was started by Catholic philanthropist Chantal Goetz  as she puts it, “to enhance the dignity, participation and leadership of women and girls through persistent and good storytelling."

Voices of Faith is supported by the Fidel Goetz Foundation and partnered this year by the Jesuit Refugee Service.

At this year’s event women from all over the world are making their voices heard in the name of peace with the gathering itself entitled, “Stirring the waters: Making the impossible possible.”

One of the participants at this year’s forum is Dr Scilla Elworthy, founder of the Oxford Research Group, and co- founder of Peace Direct, UK. She is also the author of "Pioneering the possible: Awakened leadership for a world that works."

Speaking of women’s leadership potential and the importance of it, she said, “I think it’s absolutely vital not just for women but for humanity as a whole at the moment because humanity is facing major crises that are unprecedented, that are man-made like global warming, like over population, like the rich poor gap like massive migration and we need to up our consciousness… and up to now for 5 thousand years we have been missing the feminine; we haven’t had true equality in feminine leadership and boy do we need it now.”

Dr  Elworthy noted that in the world today many conflicts are diminishing in most parts of the world expect she said, the Middle East where it is escalating. She went on to say, “I simply noticed that the Middle East is an area where women traditionally have been excluded, in some places totally excluded. She did however, observe that there are notable exceptions where women are making a real difference, such as in Rojava in Syria.

Asked about the importance of an event like this,  Dr Elworthy spoke about the need for women in prominent roles in the Church, adding that women have unique skills to give. She also said that on International Women’s Day, “I am very glad that this (Voices of Faith) discussion can take place inside the Vatican.”