Pope: learn from indigenous peoples how to care for creation 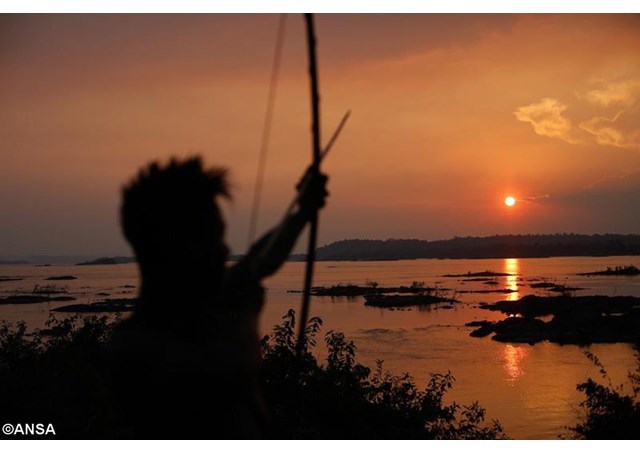 (Vatican Radio) Pope Francis has joined his voice to those taking part in Brazil’s “Fraternity Campaign,” an annual Lenten Campaign organized by the Brazilian National Conference of Bishops.

This year’s campaign focusses on the theme "Brazilian biomes and the defense of life" with the motto from Genesis: “Cultivate and keep creation.”

Brazil has one of the most significant bio diversities in the world, and its territory is divided into 6 natural biomes, each with its own set of fauna, flora and soil, with specific social and cultural manifestations of its population. The 2017 Fraternity Campaign is dedicated to the appreciation and protection of these biomes.

In his message addressed to his “dear brothers and sisters in Brazil”, Pope Francis speaks of the generosity of the Creator towards Brazil in giving it “a diversity of ecosystems of extraordinary beauty.”

Unfortunately, the Pope said, the Brazilian land also carries “the signs of aggression towards creation and the deterioration of nature”.

He said the Church in Brazil not only provides a prophetic voice for the care and respect of the environment and attention towards the poor, but highlights the need to tackle the ecological challenges and problems as well as pinpointing their causes and possible solutions.

Pope Francis recalled that amongst the many initiatives promoted by the Church, as far back as 1979, the Lenten Fraternity Campaign shone the spotlight on environmental issues.

He also noted that we cannot not consider the effects environmental degradation, the current model for development and the culture of waste are having on the lives of people.

“This Campaign invites us to contemplate, admire, give thanks and respect the diversity of nature manifested in Brazil’s different ecosystems which are a true gift of God” he said.

Pointing out that environmental degradation is one of the greatest challenges we face because it is always accompanied by social injustice, the Pope pointed to indigenous peoples as an example of “how cohabitation with creation can be respectful, fruitful and merciful”.

It is necessary, he said, to learn from these peoples how to relate to nature in the quest for a sustainable model “that can be a valid alternative to the race for profit that exhausts natural resources and damages the dignity of peoples”.

“Every year, the Pope concluded, the Fraternity Campaign takes place during Lent: it is an invitation to live the spirituality of Easter with deepened awareness”.