Pope Francis: A society that excludes not worthy of mankind 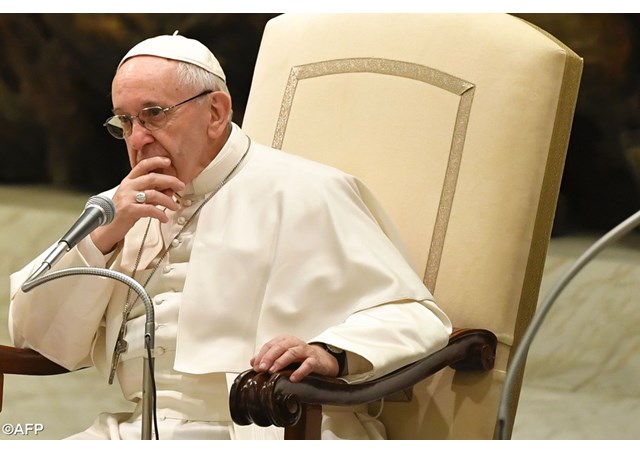 (Vatican Radio) Pope Francis on Saturday encouraged the Comunità di Capodarco in its work to help the disabled and marginalized people of society.

The community was founded in 1966 in the Capodarco neighborhood of the eastern Italian city of Fermo.

Its main activity is organizing services for the rehabilitation of disabled people, with a particular aim of social and occupational integration. Over the years, its sphere of action expanded to helping young people, children, drug addicts, immigrants, the mentally ill, and other populations on the peripheries of society.

“The Comunità di Capodarco, existing in numerous local chapters, celebrated its 50th anniversary last year,” – Pope Francis told them – “With you, I thank the Lord for the good accomplished during these years … You have chosen to be on the side of people who are less protected; to offer them hospitality, support and hope, in a dynamic of sharing. In this way, you have contributed and contribute to making a better society.”

The Holy Father said the quality of life within a society is measured from the ability to include its weakest members, “effectively respecting their dignity as men and women,” adding this inclusion should be seen “not as something extraordinary, but normal.”

“Even the person with disabilities and frailties – physical, mental or moral - must be able to participate in the life of society and be helped to implement his or her potential in different ways,” – the Pope continued – “A society that would give space only to people who are fully functional - completely autonomous and independent - would not be a society worthy of man. Discrimination based upon efficiency is no less deplorable than that based upon by race, religion, or ability to pay.”

Pope Francis praised the Comunità di Capodarco for not approaching those who are weaker with a “pietistic attitude” or as if they were welfare cases, but by promoting the “protagonism of the person.”

“In the face of economic problems and the negative consequences of globalization, your community is trying to help those who find themselves being tested not to feel excluded or marginalized; but, on the contrary, to walk at the forefront, carrying the witness of personal experience,” – the Pope said – “This promotes the dignity and respect of each individual, making the ‘losers of life’ feel the tenderness of God, loving Father of all of his creatures.”

The Holy Father also said those marked by physical or mental impediments have a special place in the Church, and their participation in the ecclesial community “opens the way to simple and fraternal relations, and their filial and spontaneous prayer invites all of us to pray to our Heavenly Father.”