Pope prays for victims of violence in DR Congo and Pakistan 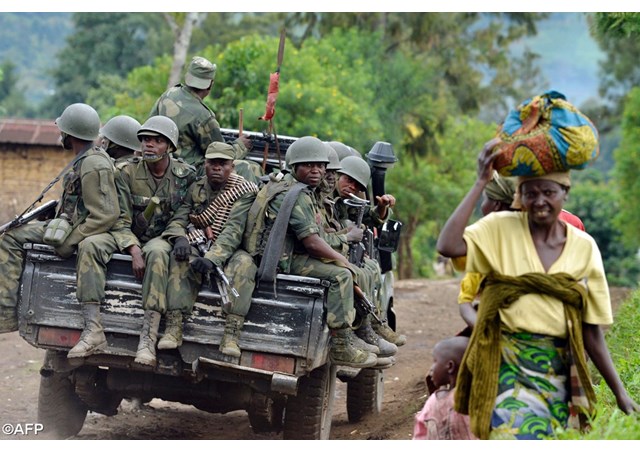 (Vatican Radio) Pope Francis led the crowds gathered for the Sunday Angelus in a prayer for the victims of violence in Africa and around the world. In particular, he prayed for those affected by violence in the region of the Kasaï Central province in the Democratic Republic of Congo. “I suffer deeply for the victims, especially for so many children ripped from their families and their schools to be used as soldiers.”

The Holy Father renewed his “heartfelt appeal to the consciences and the responsibility of the national authorities and the international community, that they might take adequate and timely decisions to assist these our brothers and sisters.”

In praying for victims of violence in the world, the Pope turned his thoughts in particular to “the dear peoples of Pakistan and of Iraq, struck in recent days by cruel acts of terrorism.”

Pope Francis prayed for all victims of violence, those who have died and those who have been injured, as well as for their families. “Let us pray ardently,” he concluded “for every heart hardened by hatred, that they might be converted to peace, according to the will of God.” Then, following a moment of silent prayer, he led the crowd in the recitation of the “Hail Mary”.