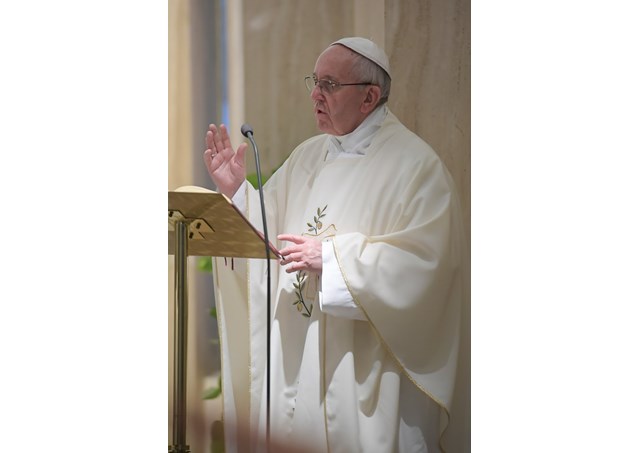 (Vatican Radio) Courage prayer, and humility: these are the traits that distinguish the great “heralds” who have helped the Church to grow in the world, who have contributed to its missionary character. Pope Francis was speaking at the morning Mass at the Casa Santa Marta, taking his inspiration from the Liturgy and from the example of Sts Cyril and Methodius, the patrons of Europe, who are honoured today.

Cyril and Methodius have made Europe stronger

There is need of “sowers of the Word,” of “missionaries, of true heralds to form the people of God, like Cyril and Methodius, “good heralds,” intrepid brothers and witnesses of God, patrons of Europe who have made Europe stronger. Pope Francis began his homily with these reflections, and then looked at three personality traits of an “envoy” who proclaims the Word of God. He spoke of the day’s first Reading, with the figures of Paul and Barnabas; and of the Gospel from St Luke, with the seventy-two disciples sent out two-by-two by the Lord.

The Word of God is not a suggestion; courage is necessary in order for it to sink in

The first trait of the “envoy” highlighted by Pope Francis is “frankness,” which includes “strength and courage.”

Without prayer the Word of God becomes a conference

From the Gospel of St Luke, Pope Francis takes two other traits proper to a “herald” of the Word of God. The day’s Gospel is “a little strange” the Pope said, because it is rich in elements concerning the proclamation. “The harvest is abundant but the laborers are few. So ask the master of the harvest to send out laborers for his harvest,” the Pope said, repeating the words of Christ. The second trait, then, after the courage of missionaries, is “prayer.”

In the Gospel there is also a third interesting trait: The Lord sends His disciples “like lambs amid wolves”:

“The true preacher is the one who knows he is weak, who knows that he cannot defend himself. ‘You are going out like a lamb among wolves’ – ‘But Lord, why would they eat me?’ – ‘You are going! This is the journey.’ And I think it was Chrysostom who has a very profound reflection, when he says: ‘But if you do not go like sheep, but you go like a wolf among wolves, the Lord, will not defend you: you’ll have to fend for yourself.’ When the preacher believes he is too intelligent, or when the one who is responsible for carrying forward the Word of God tries to be clever – ‘Ah, I can get along with these people’ – just so, it will end badly. Or you will bargain away the Word of God: to the powerful, to the proud…”

And to emphasize the humility of the great heralds, Pope Francis recalled a story told to him by someone “who boasted of preaching the Word of God well, and who felt he was a wolf.” After a good sermon, the Pope said, “he went to the confessional, and found there a ‘great fish,’ a great sinner, and he wept,… he wanted to ask for forgiveness.” And “this confessor,” the Pope continued, “began to swell up with pride” and “curiosity” and asked him which word had touched him so much “that he was moved to repent.” “It was when you said,” the Pope concluded, “let’s move on to another topic.” “I don’t know if it’s true,” the Pope clarified, but it certainly is true that you will finish badly if carry the Gospel “feeling sure of yourself, and not like a lamb, whom the Lord will defend.

Going forth courageously, with prayer and humility, like Cyril and Methodius

And so, the Pope concluded, this is the missionary character of the Church and of the great heralds, “who have planted and have helped the Church to grow in the world. They were courageous, men of prayer, and humble.” He concluded his homily with the prayer: May Sts Cyril and Methodius, help us “to proclaim the Word of God” according to these criteria, as they did.