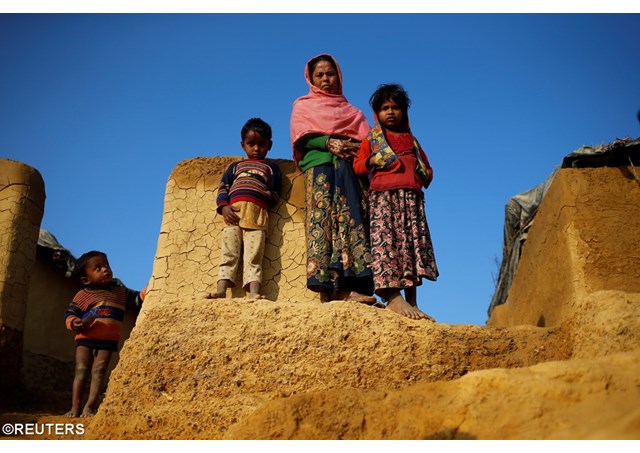 (Vatican Radio) Pope Francis has asked for prayers for the Rohingya people in Myanmar who are persecuted and forced to flee from their homes.

He delivered his appeal during the weekly General Audience asking those present to join him in prayers “for our Rohingya brothers and sisters who are being chased from Myanmar and are fleeing from one place to another because no one wants them.”

“They are good people, they are not Christians, they are peaceful people, they are our brothers and sisters and for years they have been suffering, they are being tortured and killed, simply because they uphold their Muslim faith” he said.

And together with the some 7,000 people present in the Paul VI Hall in the Vatican, he prayed the ‘Our Father’ for all exploited and humiliated migrants, and in a special way for the Rohingyas.

Pope Francis was marking the Feast day of Saint Josephine Bakita, herself a Sudanese slave who was freed and went on to become a Canossian religious sister in Italy. She was canonized in the year 2000.

Human rights groups have urged Myanmar’s government to back an independent international investigation into alleged abuses by security forces against members of the Muslim Rohingya ethnic minority, including killings, the razing of homes and the reported systematic use of sexual violence.

The estimated 1 million Rohingya face official and social discrimination in Buddhist-majority Myanmar, also known as Burma. Most do not have citizenship and are regarded as illegal immigrants from Bangladesh, even when their families have lived in the country for generations. Violence in 2012 forced many to flee their homes, and more than 100,000 still live in squalid refugee camps.