Holy See: Holocaust teaches us that vigilance is always needed 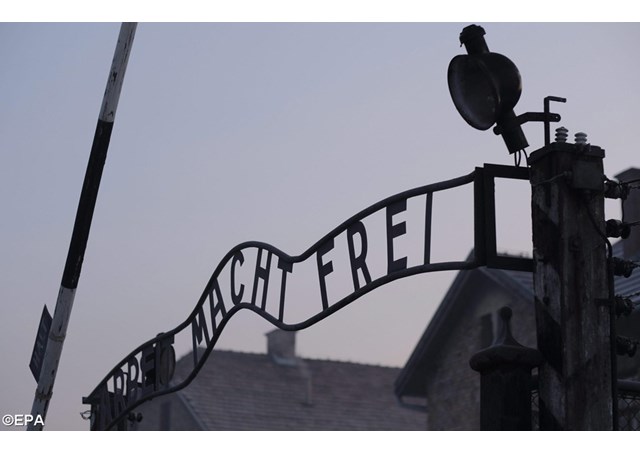 (Vatican Radio)  The Vatican’s permanent representative to the Organization for Security and Cooperation in Europe has marked “Holocaust Remembrance Day” with an appeal to never forget the lessons of the past.

At a OSCE Permanent Council meeting, Msgr Janusz Urbanczyk said: “the Holocaust teaches us that utmost vigilance is always needed to be able to take prompt action in defense of human dignity and peace.”

Quoting from Pope Francis who said that the cruelty that was perpetrated in the Nazi stermination camps is still around today, Urbanczyk said “the International Holocaust Remembrance Day should (...)help us to ‘go beyond evil and differences’, and open every possible pathway of peace and hope in our world of today.

I gladly join previous speakers in welcoming to the Permanent Council Ambassador Mihnea Constantinescu, Chair of the International Holocaust Remembrance Alliance. My Delegation is grateful for his presence on the occasion of the anniversary of the liberation of the prisoners and survivors of the Auschwitz-Birkenau concentration camp, observed on 27 January as International Holocaust Remembrance Day.

First and foremost, remembrance of the Holocaust, the Shoah – the planned annihilation of the Jewish people, and the planned extermination of Roma and Sinti and other groups of people - brings to mind all the victims of those most heinous crimes against humanity, whose terrible suffering unmasks the complete disregard for the inherent dignity of every person. The suffering and ultimate sacrifice, the fear and tears, of the countless victims of blind hatred who suffered deportation, imprisonment and death in those perverted and inhuman places must never be forgotten.

Second, the “Holocaust teaches us that utmost vigilance is always needed to be able to take prompt action in defense of human dignity and peace”,1 summoning us all to renew our commitment to ensure greater and unconditional respect for the dignity of every person. Special recognition and honour should also be given to those who, at the risk of their own lives, strove to protect the persecuted, their fellow men and women, resisting the homicidal folly around them.

Third, “[a]s the writer Elie Wiesel, a survivor of the Nazi death camps, said, today we need a “memory transfusion”. We need to ‘remember’, to take a step back from the present to listen to the voice of our forebears. Remembering will help us not to repeat our past mistakes (cf. Evangelii Gaudium, 108), but also to re-appropriate those experiences that enabled our peoples to surmount the crises of the past”.2 The past must serve as a lesson for the present and for the future, so as not to repeat history’s terrible mistakes, and ensure that younger generations will not have to face this evil again. In this regard, the Holy See attaches great importance and actively operates in the field of education, especially in schools, to counter both anti-Semitism in general and Holocaust denial in particular.

And finally, in the face of the outright barbarism of the Holocaust, in the face of the attempted destruction of an entire people, in the face of a cold, relentless violence and darkness, the international community, States and individuals must strive to live out the principles of peace, justice, solidarity and reconciliation. They must do so for the simple reason, as Pope Francis explained after having prayed in utter silence in the concentration camp in July last year, that

“Cruelty did not end at Auschwitz and Birkenau”. 3 As such cruelty is still around today, the International Holocaust Remembrance Day should, therefore, help us to “go beyond evil and differences”,4 and open every possible pathway of peace and hope in our world of today. In so doing, this Remembrance Day assists the international community in creating a future in “which exclusion and confrontation give way to inclusion and encounter, where there will be no place for anti-Semitism in any of its forms or for expressions of hostility, discrimination or intolerance towards any individual or people”.5