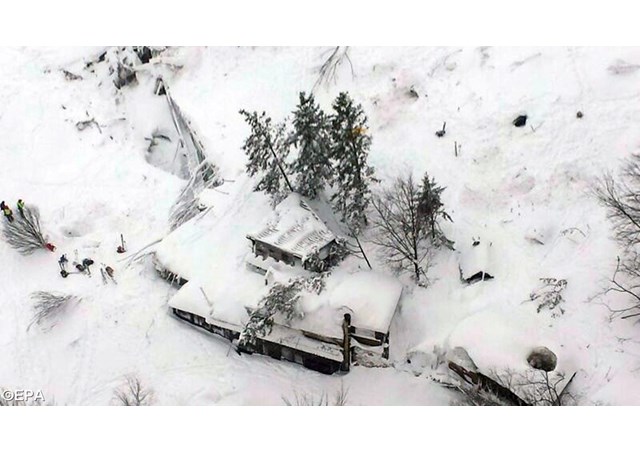 (Vatican Radio) Pope Francis is praying for the victims of a deadly avalanche in central Italy that struck a mountain hotel hosting some thirty people.

The first victims have been pulled from the snow and rubble, and rescue teams are battling the elements as they continue their search for the missing, which include children.

The avalanche struck on Wednesday evening after multiple earthquakes in the region.

Archbishop Nunzio Galantino, General Secretary of the Italian Bishops’ Conference, told Vatican Radio that Pope Francis has asked to be constantly informed about the situation.

Archbishop Galantino said, “The Pope is being kept up to date constantly. Every once in a while he calls one of the affected bishops.”

He said the Holy Father not only invites all to pray, but is also calling on everyone in the Episcopal Conference to do all they can to make people feel the closeness of the Church.

Archbishop Galantino went on to say that the situation is truly dramatic, with a perfect storm of earthquakes, snow, and terrible meteorological conditions.

He concluded that these factors have caused a deep seated psychological distress in all the inhabitants of the area.