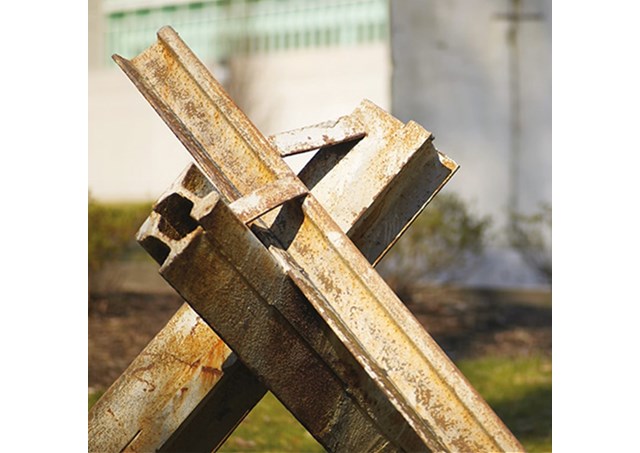 (Vatican Radio) Wednesday January 18th marks the opening of the Week of Prayer for Christian Unity, focused this year on the theme of ‘Reconciliation – The Love of Christ Compels Us’. The annual celebration concludes here in Rome with Vespers, presided over by Pope Francis, in the Basilica of St Paul Outside the Walls on January 25th.

The ecumenical context for the week of prayer this year is the 500th anniversary of the Reformation. For that reason the Council of Christian Churches in Germany, where the Reformation began, was asked to prepare material for use in local communities around the world.

To find out more Philippa Hitchen spoke to Fr Tony Currer, in charge of relations with Anglicans and Methodists at the Pontifical Council for Promoting Christian Unity. He followed closely the preparatory work for this week of prayer for Christian Unity and he notes that as well as looking back 500 years, the German group also used a more recent symbol of division, the Berlin Wall, to reflect on the meaning of reconciliation…..

Fr Tony Currer explains that the Reformation anniversary commemorates not only “the painful splitting of the Christian family” but “the fruits of that time that have come down to us and particularly a focus on Christ.”

Commenting on the theme for this year’s week of prayer, he says: “It’s no accident that Christ is in the title – the love of Christ compels us. The focus is on something we can all be united in, focusing on Jesus and a renewed commitment of Christians to focus on Christ and the Redemption, the Salvation, that he has won for us.”

Fr Currer says the German churches have drawn very skillfully on the image of the Berlin wall as a sign of division. “That wall divided families”, he says. “Well, Christian division divides families and that’s a painful reality for some people, just as this wall was for them.”

The German churches emphasised that the lighting of candles and the saying of prayers was involved in bringing the wall down.

“That’s a wonderful image of division and barriers being brought down by ordinary people doing something which no-one can stop them doing: turning to God in their hearts and saying a prayer and lighting a candle. And so our prayer in this week of Prayer for Christian Unity is very much modelled on that image of lighting a candle and saying a prayer in the belief that we can undermine these walls, we can bring them down, we can finally put an end to the divisions that separate families and separate us from our brothers and sisters in Christ.”