Pope Francis: put the human person at centre of economy 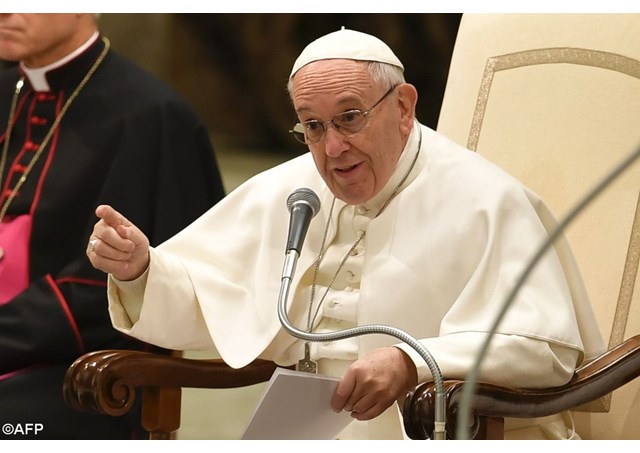 (Vatican Radio) Pope Francis received participants in the Roman Roundtable of the Global Foundation on Saturday.

Based in Melbourne, Australia, the Global Foundation is a worldwide network of concerned citizen-leaders in areas of commerce, industry, law, policy and intellectual endeavour, who seek to enable people from many walks of life to meet and work together in addressing the principal challenges of this moment in history.

The “Rome Roundtable” brought 50 invited participants and a number of observers from the business and investment community, religious leaders, civic insstitutions, academia and civil society, to Rome for a two-day meeting January 13th and 14th, to measure progress and report on the concrete actions taken on global economic, social and environmental matters, such as the United Nations’ Sustainable Development Goals.

In remarks to the participants on Saturday in the Apostolic Palace, Pope Francis reiterated his opposition to a global economic system that tends to degrade the human person.

“A world economic system that discards men, women and children because they are no longer considered useful or productive according to criteria drawn from the world of business or other organizations,” said Pope Francis, “is unacceptable, because it is inhumane.” The Pope went on to say, “This lack of concern for persons is a sign of regression and dehumanization in any political or economic system.”

The Holy Father called on participants to study and to learn from the Church’s social doctrine.

“Draw constant inspiration from the Church’s social teaching,” he said, “as you continue your efforts to promote a cooperative globalization, working with civil society, governments, international bodies, academic and scientific communities, and all other interested parties.”