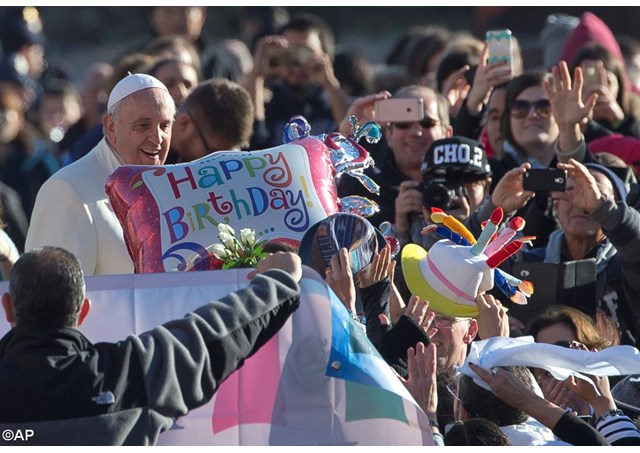 According to his staff, Pope Francis will be working “just as normal” on the day itself. He will receive the President of Malta in audience and will later meet with the Prefect of the Congregation for Bishops, Cardinal Marc Oullet, as well as other guests and dignitaries. He will also celebrate Mass in the Pauline Chapel in the Vatican, along with those Cardinals who are living and working in Rome.

Seven new Vatican email addresses have been created to allow well wishers to leave Birthday messages for the Pope. Messages can be left in Italian, English, French, Spanish, Portuguese, German, Polish and Latin.

The email addresses are:

A social media hashtag has also been created: #Pontifex80