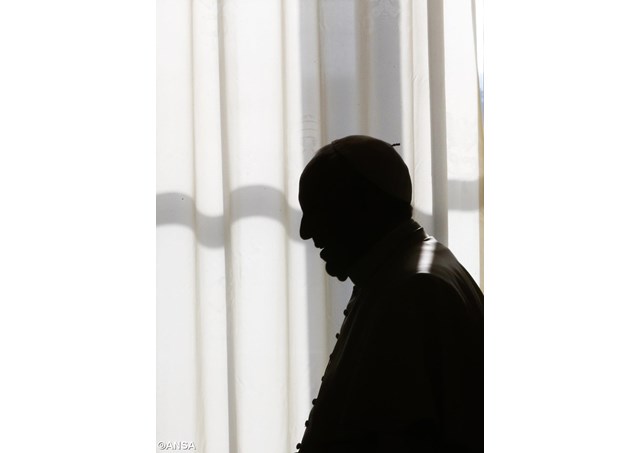 (Vatican Radio)  Pope Francis has granted an interview to Tertio, a Catholic weekly newspaper in Belgium, on themes ranging from the fruits of the Jubilee of Mercy to his hopes for a synodal Church.

In the wide-ranging interview, Pope Francis reflected on the openness to transcendence inherent in the human person, the scourge of religious fundamentalism, the price of war, the Extraordinary Jubilee of Mercy, and his desire for a synodal Church.

The desire to separate religion from public life, he said, “is an antiquated stance”, recalling the distinction between laicité and laicisme.

Openness to transcendence, he said, “is a fundamental part of a human being”. Thus, when a political system does not respect this, it “prunes, cuts off the human person”.

Moving to the theme of war and religious fundamentalism, Pope Francis said “no religion as such can foment war”.

He said terrorism and war are not related to religion; rather, they “use religious deformations to justify their acts”.

He said “all religions have fundamentalist groups; all; even our own… But those small religious groups deform, sicken their religion, and from there they quarrel, make war, or cause division within the community, which is form of war.”

Turning to Europe, the Holy Father said that 100 years after the First World War we are still in a state of world conflict, a “Third World War… fought piecemeal”.

“We say ‘Never again war’ but at the same time we produce weapons and sell them to those who are at war with one another.”

He said had read an economic theory which advances the idea that, when a state’s finances aren’t going well, it wages a war to balance the budget. “This is an easy way to grow rich, but the price is very steep: blood.”

Jubilee of Mercy inspired by the Lord

An important part of the interview was dedicated to the Jubilee Year of Mercy. Pope Francis said the idea of a Year of Mercy did not come to him “in a flash”.

He said it had been prepared by his predecessors Paul VI and John Paul II, as well as by St. Faustina and the Feast of Divine Mercy Sunday.

The Pope recalled that the idea for an Extraordinary Jubilee came out in a conversation with Archbishop Rino Fisichella, President of the Pontifical Council for the Promotion of the New Evangelization.

“I felt that the Lord was asking this of me”, he said. “I don’t know how the idea formed in my heart… I believe the Lord inspired it. And evidentially it did much good.”

Unity in diversity: a synodal Church

The interview then turned to the issue of Vatican II in the world today and the synodality of the Church.

“The Church,” he said, “is born from the base, from the community.” Thus, “there is either a pyramidal Church, in which what Peter says is done, or a synodal Church, in which Peter is Peter but he accompanies the Church and helps it grow – he listens. Further on, he learns from her and seeks to harmonize, discerning that which comes from the churches and returns it.”

The Pope said the last two Synods on the family were the “best experience of this” because they express the “unity in diversity” of the Church.

“Everyone [at the Synod] said what they thought without fear of being judged. And all actively listened, without condemning. Afterwards, we discussed like brothers in groups.”

“A synodal Church means this movement from above to below, from below to above”, affirming that the Church “needs to advance in this synodality”.

A word for priests

Pope Francis' final reflection was for priests, whom he invited to always love the Virgin Mary, to allow themselves to be gazed upon by Jesus, and to “seek the suffering flesh of Jesus in their brothers; there you will find Jesus”.