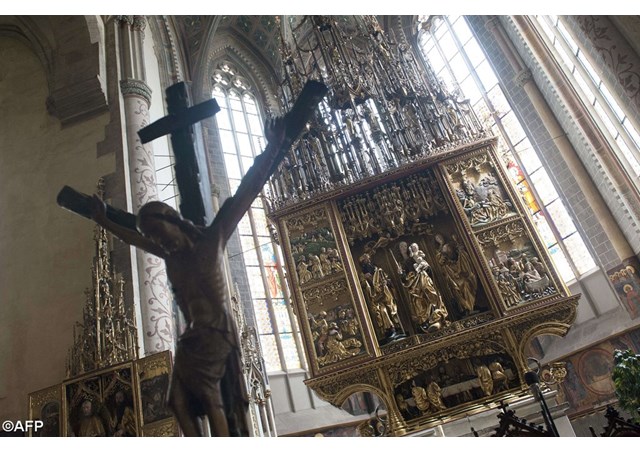 (Vatican Radio) The Slovakian Bishops have urged their government not to ratify the Convention on preventing and combating violence against women and domestic violence. The Bishops warned that certain parts of the convention contain inappropriate gender definitions. They also warned that the work of the church and other agencies “that have long been established in protection of women are going to face direct discrimination.”

The convention is comprised of 81 articles, addressing subjects such as female genital mutilation, forced marriage, forced abortion and sterilisation. It also describes violence against women as a historical inequality of the sexes.

In a statement from the Slovakian Bishops Conference Arcbishop Stanislav Zvolensky of Bratislava said “Any form of violence committed on women is condemnable and absolutely inadmissible. Violence against women can never be tolerated and it is our duty to make every effort to stop it. The protection of women, however, is an important matter, that all concealed attempts of simultaneously advocating for other issues, such as the gender ideology or teaching of so-called non-stereotypical roles in schools, are unacceptable.”

The Archbishop went on to warn that some sections of the convention separate gender from biological sex, implying that children are born as gender neutral, with factors such as masculinity being the result of personal choice or education. According to Archbishop Zvolensky “Such assumptions, however, contradict human experience and common sense.”

Article 14 of the convention refers to issues of equality “Between men, women and non stereotyped gender roles.”

Archbishop Zvolensky warned that “The convention fights against gender stereotypes but the instruments of this fight can be easily misapplied. They can lead to the suppression of those non-governmental organisations and churches that disagree with the gender ideology.”