Pope Francis: Advent calls us to enlarge our horizons 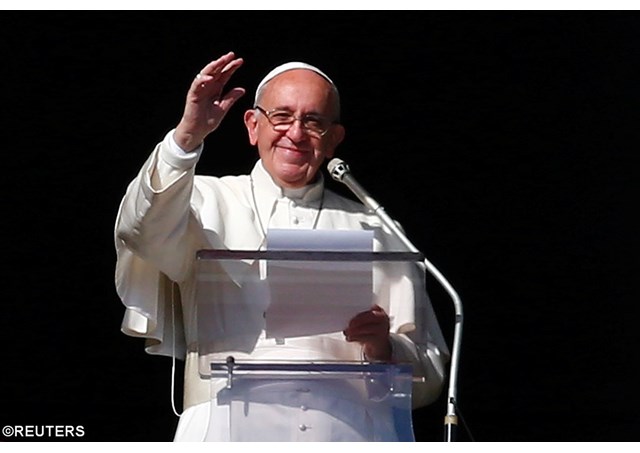 (Vatican Radio) Pope Francis marked the beginning of the new liturgical year at the Angelus for the First Sunday of Advent.

On this Sunday, he said, the Gospel introduces us to one of the most “evocative” themes of the Advent season: the visit of the Lord to humanity. Pope Francis pointed out three visits of the Lord: the first, in the past, with the Incarnation, and Birth of Jesus at Christmas; the second, in the present, as Jesus visits us continually, every day; and the final visit, in the future, when Jesus “will come again in glory to judge the living and the dead.”

Advent encourages us to reflect on the contrast between our daily routine and the unexpected coming of the Lord. The Gospel, the Pope said, is not trying to frighten us, but “to open our horizons” to further dimensions, giving meaning even to everyday occurrences.

This perspective, he continued, is also an invitation to “sobriety, to not be dominated by the things of this world” but rather to keep them in their proper place. If, on the other hand, we allow ourselves to be overpowered by a concern for material things, we will not be able to perceive what is much more important: our final encounter with the Lord. And so, the Pope said, Advent is “an invitation to vigilance, because, not knowing when He will come, we must always be ready to depart.”

During Advent, Pope Francis concluded, “we are called to enlarge the horizons of our hearts, to be surprised by the life that is presented each day with its newness. In order to do this we need to learn to not depend on our own securities, our own established plans, because the Lord comes in the hour which we don’t imagine.”