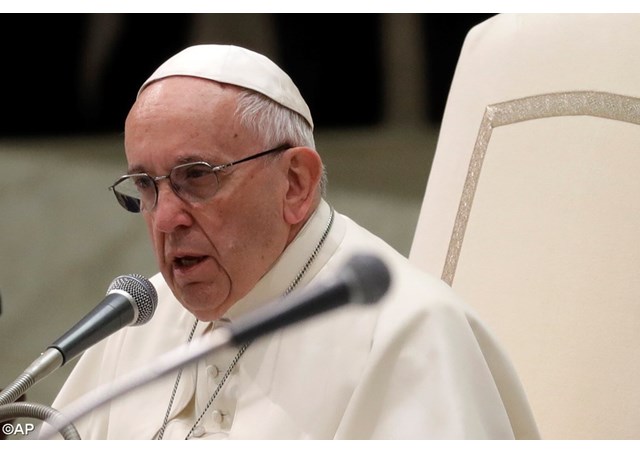 (Vatican Radio) Pope Francis met in the Vatican on Wednesday with participants at a Colloquium organised by the Pontifical Council for Interreligious Dialogue and the Islamic Culture and Relations Organisation from Teheran.

In brief words of greeting to the group, the Pope said he greatly appreciated the presence of those who had travelled from Iran to attend the meeting. He recalled with joy his meeting last January with Iranian President Hassan Rouhani, as well as an encounter he had with the country’s vice president for women and family affairs, Shahindokht Mowlaverdi, who visited the Vatican with a group of female professors in February 2015. That visit, he said left him with a very positive impression of Iranian culture.

LIsten to our report:

The Pope also underlined the importance of this 10th round of interfaith dialogue and fraternal encounter. He asked his guests to remember to pray for him and asked God to bless all members of the group.

During the two-day meeting, which concludes on Wednesday, the Muslim and Christian scholars have been sharing perspectives on "Extremism and violence in the name of religion: the reasons of the supporters and perpetrators”, "Rational approach to religion: the sign of hope for wounded humanity", and "Humanity and its common home; the contribution of religion for having a better world".