Pope to UNIAPAC business execs: ‘Money for service, not to govern’ 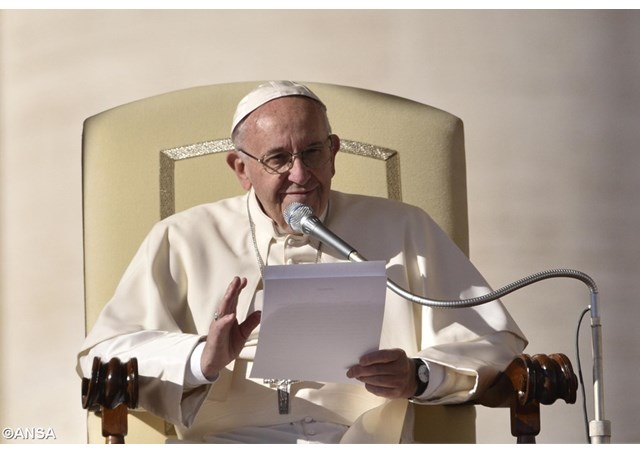 (Vatican Radio)  Pope Francis on Thursday addressed the participants in a Vatican conference promoting business leaders as agents in social and economic inclusion, reflecting with them on three challenges of business: the proper use of money, honesty, and solidarity.

The conference carries the title: ‘Business Leaders as Agents of Economic and Social Inclusion’ and is hosted by the Pontifical Council for Justice and Peace and UNIAPAC on 17-18 November.

Addressing business executives participating in the Vatican conference in his native Spanish, Pope Francis called on them to be aware of what he said are three challenges of doing business, namely, “the good use of money, honesty, and solidarity”.

Good use of money

The Holy Father said money is “one of the most difficult topics of moral perception” and repeated his characteristic phrase with emphasis: “money is the dung of the devil”.

He said the function of money is to serve and not govern.

“Money does not have a neutral value; rather, it acquires value according to the end and circumstances for which it is used. When one affirms the neutrality of money, they fall into its power. Businesses should not exist to make money, even if money serves to mediate its functioning. Businesses exist to serve.”

The Pope then denounced a “murky logic” of the market, in which “credit is more readily available and cheaper for those who possess more means and is more expensive and difficult to obtain for those who possess less, to the point of leaving the poorest fringes of a population in the hands of its creditors without scruples”. He said the same process occurs at the international level.

“Corruption”, he said, “is the worst social plague.” He decried it as “the law of the jungle stripped of any social reason” and “an idol”.

The Holy Father went on to say “any attempt at corruption, active or passive, is to begin to adore the god of money”.

Referring to the Paul VI Hall in which the audience took place, Pope Francis said, “This room, this building is where the circus of the Roman Emperor Nero once stood, where St. Peter and many of the first Christians were martyred, exactly for having refused to adore idols.”

The third challenge of business, the Pope said, was solidarity, of which an important part is an element of gratuity.

“The just relationship between managers and workers,” he said, “should be respected and required by all parties. However, at the same time, a business is a community of work, in which all merit respect and fraternal appreciation from their superiors, colleagues, and subordinates.” A respect, he said, which should “extend also to the local community”.

The Holy Father also tied the theme of immigration and refugees into solidarity in business, reminding those business leaders present that many of their ancestors were themselves immigrants who started businesses of their own.

He invited them to collaborate “to create sources of dignified, stable, and abundant work, both in those places from which migrants originate and those in which they arrive… It is important to continue making immigration an important factor of development.”

Pope Francis concluded with a mention of the vocation of Zacchaeus (Luke 19:1-10), the chief tax collector who climbed a tree to see Jesus pass by and was converted by his efforts.

“May this conference by like the Sycamore of Jericho – a tree upon which all can climb – so that, through the scientific discussion of the aspects of business activities, they may encounter the sight of Jesus and from here they may obtain efficacious orientations to make their business activities always promote the common good.”