US Bishops to dialogue with Trump on migration 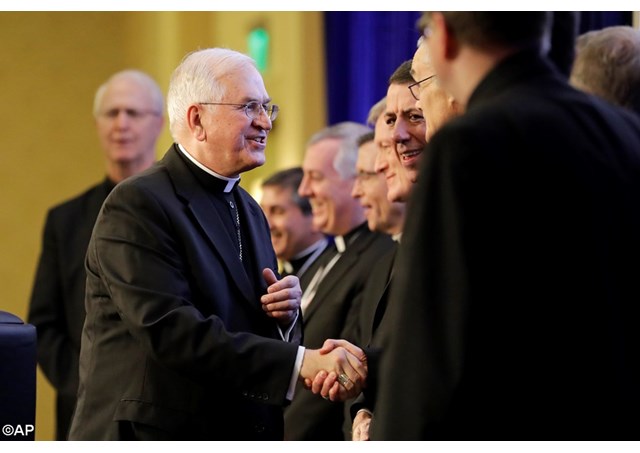 (Vatican Radio) US Bishops are asking for “concrete actions” by the new Trump administration on the plight of migrants to the US who are seeking a better life.

Addressing the US Conference of Catholic Bishops’ General Assembly, outgoing president Archbishop Joseph Kurtz named migration as one of their top issues of dialogue with president-elect Donald Trump and with the new membership of both houses of congress.

Archbishop Kurtz said: “Whether it is protecting the child in the womb and her mother or a family seeking a better life as they migrate from another country, it is our task to think not of our own interests but of the common good. We embrace that task with enthusiasm and enter respectful dialogue with President Donald Trump and with both houses of Congress.

“There's been unprecedented lack of civility and even rancor in the national elections just completed.  Now we are required to move forward with a respect for those in public office as we seek the common good based on truth and charity, without imposing but strongly proposing as we have done now for 99 years. We enter dialogue with the Trump administration and leadership in both houses of congress – seeking as in the past concrete actions.”