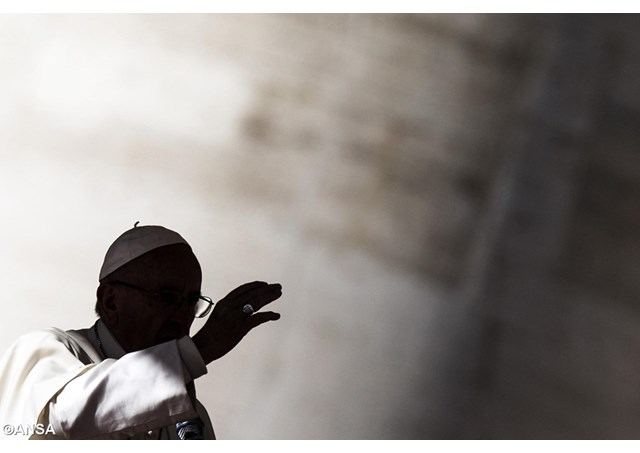 (Vatican Radio) Pope Francis presided over the last special audience for the Jubilee of Mercy this morning, during which he called on Christians to witness to God’s mercy by being inclusive.

God, in his loving design, excludes no one, the Pope Francis to the crowds gathered in Saint Peter’s Square.

Just as we are made children in Christ through baptism, the Pope said, we in turn are called to show mercy and “include others in our life,” rather than becoming closed within ourselves and “our egotistical safety”.

The Holy Father based his reflection on Jesus’ invitation in the Gospel of Matthew: “Come to me, all you that are weary and are carrying heavy burdens, and I will give you rest.”

“No one is excluded from this appeal,” the Pope said, “since Jesus’ mission is to reveal to each person the Father’s love.”

Inclusion, which the Holy Father says is an “aspect of mercy,” reaches out to everyone without regard for social conditions, language, race, culture, or religion. It is manifested in the love of each person “as God loves them”.

Pope Francis challenged the faithful to ask themselves if they are merciful, and if they think and act in an inclusive way.

Recalling how no one  is excluded from Jesus’ love and mercy, the Holy Father said we feel his welcome and inclusion by being forgiven.

We all need forgiveness, the Pope said, and we also need the encounter with those “brothers and sisters who help lead us to Jesus.

Pope Francis concluded in his catechesis, saying: “Let us  share in this movement of inclusion of others, in order to be witnesses of the mercy with which God has welcomed, and welcomes, each one of us”.

At the end of the audience, the Pope extended a special word of gratitude to the many volunteers for the Jubilee of Mercy, and expressed his admiration for their dedication, patience, and enthusiasm over the past year.

The Holy Year of Mercy will officially come to an end 20 Nov, on the Feast of Christ the King.