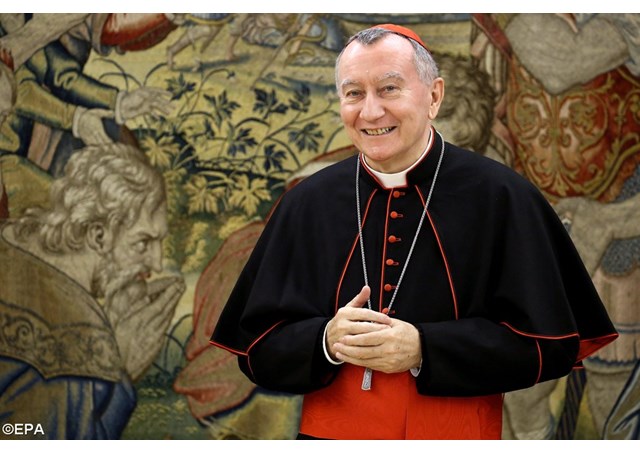 (Vatican Radio) The Vatican Secretary of State, Cardinal Pietro Parolin, on Wednesday said he hoped the newly elected American president, Donald Trump, would be guided by God to serve his country but also to promote peace and wellbeing in the world.

Talking to journalists on the sidelines of a conference at Rome’s Lateran University, the cardinal said he respected the will of the American people as expressed in this exercise of democracy. “We send our congratulations to the new president”, he continued, in the hope that “his government may bear real fruit”.

Cardinal Parolin said it would be premature to comment on specific issues such as immigration, noting that the views of presidential candidates often differ from their policies once they become president and adding that Trump had already spoken “in leadership style”.

He said Trump can be “assured of our prayers that the Lord may enlighten and support him” in the service of his country, but also in the service of peace and wellbeing in the world. Cardinal Parolin concluded by saying he believes there is a need for everyone to work to change the situation in the world today, which is one of “grave wounds, of serious conflicts”.