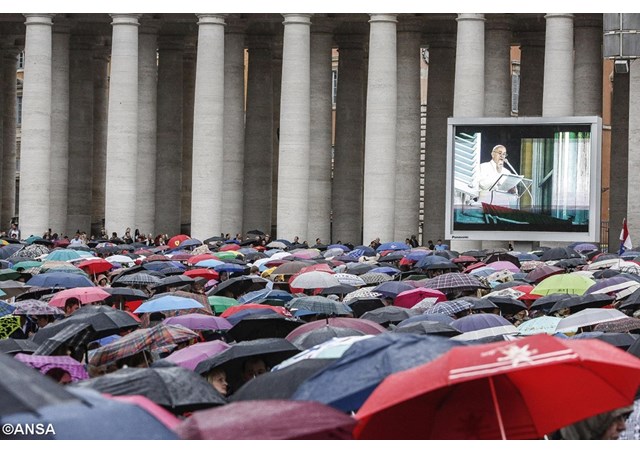 (Vatican Radio) Following the celebration of Mass on Sunday for the Jubilee of Prisoners, and after the recitation of the Marian Prayer, Pope Francis made an appeal in favour of the improvement of living conditions in prisons all over the world, in order, he said, “that it fully respects the human dignity of detainees.”

In addition, the Pope reiterated the need for a criminal justice system that is not only punitive, but is open to hope and the prospect of re-inserting the offender into society.

“In a special way”,  he added, “I submit for the consideration of the competent civilian authorities in all countries the opportunity to make, in this Holy Year of Mercy, an act of clemency towards those prisoners who will be considered eligible to benefit from this measure.”

The Pope also recalled on Sunday, the Paris Agreement on the climate of the planet which came into force on Friday. Pope Francis said, “this breakthrough proves that humanity has the ability to work together for the protection of creation and to put the economy at the service of people to build peace and justice.”

The Holy Father expressed the hope that a conference on climate which opens on Monday in Marrakech, Morocco, would continue its work aimed at caring for the common home.

During his Angelus address Pope Francis remembered the thirty-eight martyrs who were beatified on Saturday in Shkodra, Albania.

He said, “they preferred to suffer imprisonment, torture and eventually death, in order to remain faithful to Christ and the Church.”

“Their example”,  he added “helps us find strength in the Lord that supports us in times of trouble and inspires acts of kindness, forgiveness and peace.”