Priest in Aleppo: catastrophic situation, especially for the children 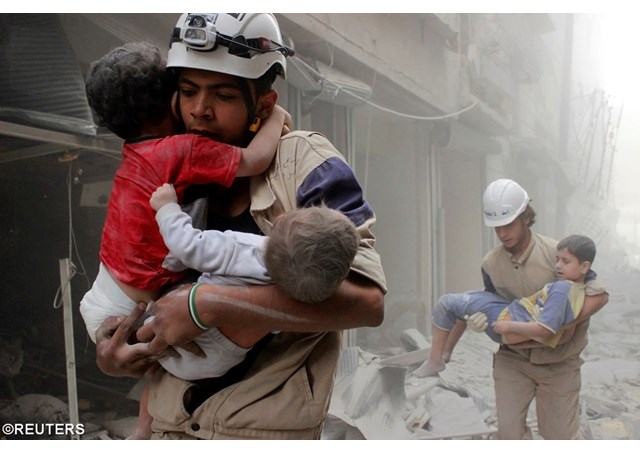 (Vatican Radio)  Based in Aleppo, Syrian Jesuit priest, Father Ziad Hilal speaks about the catastrophic situation in the fiercely-contested city and appeals to the international community to “stop giving weapons” to the Syrian combatants.

Father Hilal has been helping the children in war-torn Syria since the beginning of the conflict, first in Homs and currently in Aleppo. He was one of the main promoters of an initiative this month that saw more than a million children worldwide and thousands in Syria itself, draw or sign petitions asking for peace and an end to the Syrian conflict. They included both Christian and Muslim children from across Syria. Father Hilal was interviewed by Father Leszek Gesiak, head of Vatican Radio’s Polish Service.

Listen to the interview with Father Ziad Hilal from Aleppo:

Father Hilal spoke about the privations of daily life in Aleppo under the shelling and bombing with the frequent interruptions to electricity and the water supply, saying “we have to stop this war.”  He described the situation in the divided city as “catastrophic”, especially for the children living there.