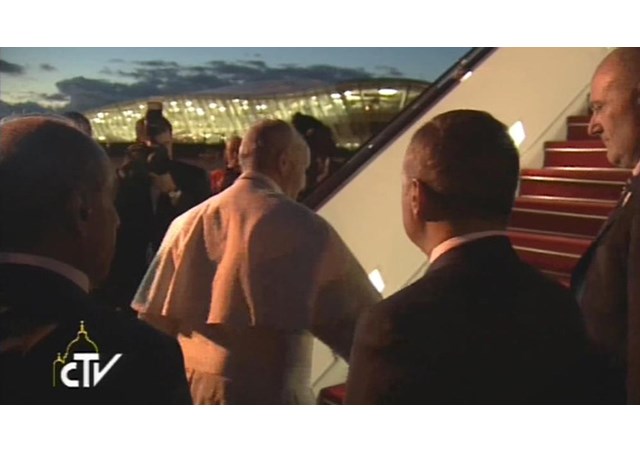 The papal plane bringing him back to Vatican City departed from Baku’s International Heydar Aliyev Airport at 7.15pm local time after a brief Farewell Ceremony in the presence of the Azeri Vice-Prime Minister and the Guards of Honor.

He is scheduled to land at Rome’s Ciampino Airport at 10pm local time.

He arrived in Tblisi, Georgia, on Friday 30 September.

The journey represented the second phase of Francis’ trip to the Caucasus, which began on June 24, 2016 with a visit to Armenia. It is part of the Extraordinary Jubilee Year of Mercy and the journey has been undertaken in the spirit of promoting peace and bridge building in the Caucasian region.

This international Apostolic Journey is the 153rd Papal Visit abroad in modern time.

Pope Saint John Paul visited Georgia in 1999 and Azerbaijan in 2002.