Details of Pope Francis' visit to Georgia and Azerbaijan 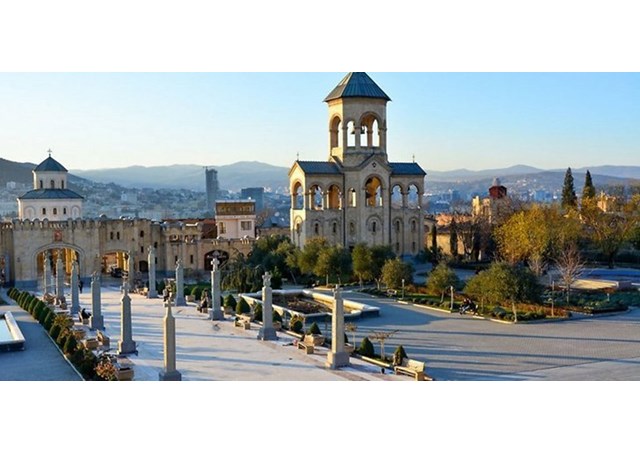 (Vatican Radio) At a briefing for journalists at the Holy See press office on Monday, Vatican spokesman Greg Burke gave details of Pope Francis’ forthcoming three day visit to the republics of Georgia and Azerbaijan. It’ll be his 16th pastoral visit outside Italy and it’ll be focused on the themes of peace and brotherhood, following on from the message of peace that he took with him to the neighbouring republic of Armenia last June.

The Pope is scheduled to leave the Vatican on Friday morning, headed for the Georgian capital Tbilisi. His first encounter there will be with the president, with government authorities and representatives of civil society gathered at the imposing presidential palace. From there he goes on to meet the country’s Orthodox leader Patriarch Elia, who was also on hand for Pope John Paul II’s visit to the newly independent nation back in 1999.

The final event on Friday will be a visit to the Syro-Chaldean church of St Simon the Tanner, one of three different rites making up the small Catholic community in the former Soviet nation. The pope will join Syro-Chaldean bishops from around the world there to pray for peace in Syria and Iraq.

Pope Francis begins the following day with Mass at a stadium in Tbilisi named after one of Georgia’s most famous footballers. Significantly, a delegation from the Orthodox Patriarchate will also be present at the Mass, a sign of growing friendship despite the many doctrinal difficulties that continue to divide leaders of the two Churches.

In the afternoon, the Pope will meet with priests, religious and seminarians at one of the two Catholic parishes in the capital, before greeting several hundred disabled and vulnerable people being cared for by members of the Camilian order.  The Pope’s final event in Georgia will be a visit to the patriarchal cathedral in the nearby ancient city of Mtshketa, listed as one of UNESCO’s world heritage sites.

On the final day of the trip, Pope Francis flies from Tbilisi to Baku, the capital of Azerbaijan where he’ll celebrate Mass for the tiny Catholic community at the only parish church run by the Salesian order. In the afternoon he’ll make a courtesy visit to the president and meet the region’s Muslim leader, Sheik  Allashukur Pashazade, before taking part in an interfaith encounter with representatives of all the other religious communities in the country.