Pope thanks Vatican Gendarmes for two centuries of service 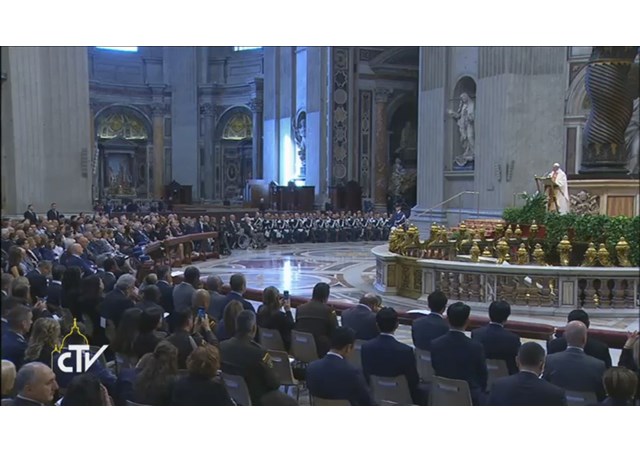 (Vatican Radio) Pope Francis on Sunday thanked the Vatican security force for their tireless service and warned against crimes that are connected to exploitation and corruption.

The Pope’s words came as he celebrated Holy Mass for the Gendarmerie on the occasion of the 200th anniversary of the Corps of the Vatican Gendarmes.

In his homily the Pope reflected on the reading of the day from the prophet Amos regarding three different types of people: the exploiter, the crook and the faithful man.

“Crooks love the scam and hate honesty. Crooks love bribes, agreements done in the dark. This is worse than anything, because he believes he's being honest” he said.

And he pointed out that crooks “trample on the poor” with no concern or thought for the consequences of their actions.

Pope Francis also reflected on the figure of the faithful man saying he is the one who follows Jesus and is “a man of prayer, in the double sense that he prays for others and trusts in the prayer of others for him.”

He told those present that their responsibility is to serve by fighting against “scams, against crooks, against exploiters”.

And observing that the responsibility of the gendarmes is to defend honesty,” he said: “I thank you for these two centuries of service, and I wish for all of you that the society of Vatican City, that the Holy See, from the lowest to the highest, recognize your service.”

The Vatican Gendarmerie is the Corps that offers constant watch over Vatican City and the extraterritorial areas belonging to the Holy See. The Corps ensures the security of these places, maintains public order, and works to prevent and stop crime, in addition to carrying out duties as judicial and border police. Pope Pius VII established the force in 1816 after the Congress of Vienna led to the restoration of the Papal States.