What does Consecration of Africa to the Divine Mercy mean? 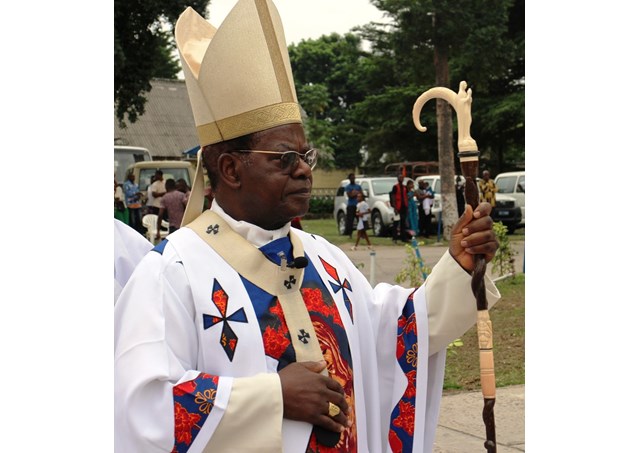 The Pan African Congress on Divine Mercy has closed Wednesday in the Rwandese town of Kabuga at the Shrine of Divine Mercy with a Mass presided over by the Special Envoy of Pope Francis to the Congress, Cardinal Laurent Monsengwo Pasinya. The Triumph of the Cross Mass concluded with a solemn act of consecration of the African continent to the Divine Mercy. Radio Vatican’s Africa Service examines what this act of consecration means for Africa, its people and the world as a whole? Why did the organisers find it fitting to consecrate Africa in Rwanda?

Rwanda is evidently the country with fresh memories of human destruction through the genocide of 1994. Having a consecration in Rwanda, a country with the sad tale of genocide sends a clear message and is a call for the recruitment of the values of the mercy which the Church is celebrating during this Jubilee Year.

Africa through this act of consecration is pledging not to be used as a ground for hate. There will be no more hate speech; there will be an end to conflict, violence and wars for which the continent has had more than its fair share. Africa wishes from this point forward to become the ground for forgiveness, respect and love. With this consecration, Africa seeks to become a home of the mercy of God. Africa has to proclaim the mercy of God forever. It has been chosen, separated, sanctified and now devoted to the Divine Mercy. In this way, the Church and indeed all the people of Africa are called to preach mercy to one another and to live mercy in their daily lives.

Post-colonial Africa continues to grapple with issues of conflict, forgiveness and reconciliation. Sometimes we look at the Rwandan genocide and think that what happened there can never happen again. The truth is that we still see countries in Africa struggling with tribal, regional and political conflict (yes, sometimes of low intensity but real nonetheless).  Unscrupulous African politicians, in particular, continue to divide God’s people on the basis of region and tribe. It is these kinds of divisions that become the seeds of terrible future atrocities.

The African Congress, through this act consecration of Africa to the Divine Mercy, is thus sending a pastoral message and testimony to the nations of Africa: The Church knows the horrors of Africa and this act speaks volumes about that knowledge. It is saying Africa belongs to God and therefore we consecrate it to God, and it must be regarded a land of mercy; a land where people can live together in peace and freedom.

Under the continental Apostolic Congress’ theme, “Divine Mercy source of hope for the new evangelisation in Africa,” the Church is at the forefront in encouraging forgiveness, healing and reconciliation. This is the same message that the Second African Synod tried to foster in 2009 when the African Church pledged to be at the service of reconciliation.

Africa has new direction now. Africa must help its people come to terms with the message of this Jubilee Year of Mercy declared by Pope Francis. As Father Stanislas Filipek, the coordinator said in Rwanda recently, ‘God can fix it all. He can transform evil into good.’ God can transform our continent and change our hearts of stone, but we must be willing and cooperate with Him. This is what the story of God’s coming into our wounded nature and history is all about:  It's all about God fixing what is broken; it is all about God transforming evil into good.  At the moment of profound hopelessness, when we the people of Africa are afflicted with tragedy, with tribulation after tribulation, in that situation and in this moment we see God revealing Himself as a merciful Father through Jesus.

Africa must see God in this consecration. He was and is still intervening when everything seems lost and ruined. Let us give Him chance, and that chance starts with everyone in Africa. It starts with you: In your parish, in your family, embrace people who are different from you. Those who are from a different tribe or region are your brother and your sister.