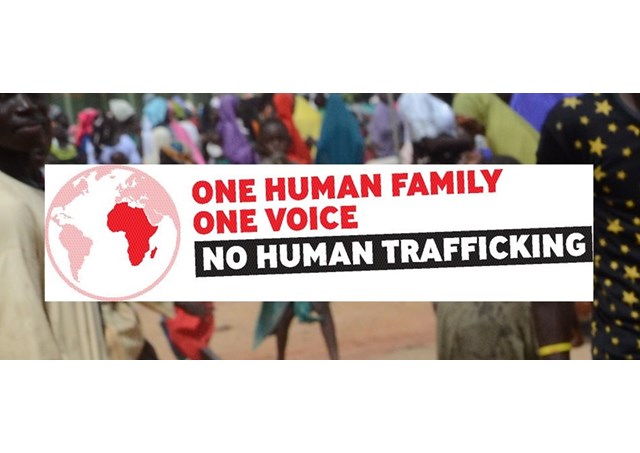 (Vatican Radio) As Pope Francis has reiterated again and again, human trafficking is a crime against humanity, an open wound on the body of contemporary society, a scourge upon the body of Christ, an evil to be eradicated.

One of the continents most affected by this evil is Africa as thousands of vulnerable people are trafficked within and from Africa for labour, sexual exploitation and in many crisis situations.

That’s why Caritas Internationalis and the Pontifical Council for the Pastoral Care of Migrants and Itinerant People have organized a 3-day International Conference entitled ‘Human Trafficking within and from Africa’ in Abuja, Nigeria.

From 5 to 7 September members of the COATNET network – Christian Organizations Against Trafficking in Human Beings (of which Caritas is part) - and other key stakeholders such as Faith-Based Organizations International,  regional organizations, law enforcement and other NGOs will share practices on cooperation and challenges and identify common strategies for prevention regarding the trafficking of persons.

Father Pierre Cibambo explains the event is particularly important for Caritas Internationalis because the fight against human trafficking it is one of the priorities identified in the network’s strategic framework and operational plan.

“This is an important issue: Caritas Internationalis and the Pontifical Council for the Pastoral Care of Migrants and Itinerant People are co-organizing this international conference which is hosted by Caritas Nigeria because we really want to raise awareness and give hope to those who are caught in this tragedy of modern slavery” he says.

Cibambo says although it is poignant that the event is taking place in Nigeria where the issue of human trafficking is a tangible problem, he points out that the whole of the African continent is sadly involved.

He explains the conference allows for the bringing together of stakeholders and actors involved, from Churches and faith-based organizations to leaders and officials who are committed to fighting human trafficking across Africa.

Cibambo says the role of faith-based organizations in this endeavor is fundamental as they are able “to share their analysis and compare information regarding the situations and contexts in which trafficking is happening; to understand its root causes; to share good practices in fighting, in preventing and in advocating” together to fight against this ‘modern slavery’ as Pope Francis has called it.

He says that Pope Francis is a strong supporter of the entire Caritas mission: “he has been very supportive to all we do, whether it is responding to major emergencies, whether it is working with local communities to fight against hunger – he was a strong supporter of the Caritas campaign against hunger – he also supports all our work against trafficking and calls for us to engage on all levels, from the grass roots to the international, with local communities, with religious communities and congregations, with local Churches, with local leaders to ensure that this is not happening any more”.

Cibambo also speaks of the creation of the new Dicastery for Promoting Integral Human Development in which the victims of human trafficking are specifically mentioned as a particular concern and he says it gives even more strength to the Church to gather energy and address the issue.

“The new dicastery will help us come together, work together, organize our services, use our resources (…) it will really raise the profile of the Church and help us in putting the human person at the center of our mission” he said.