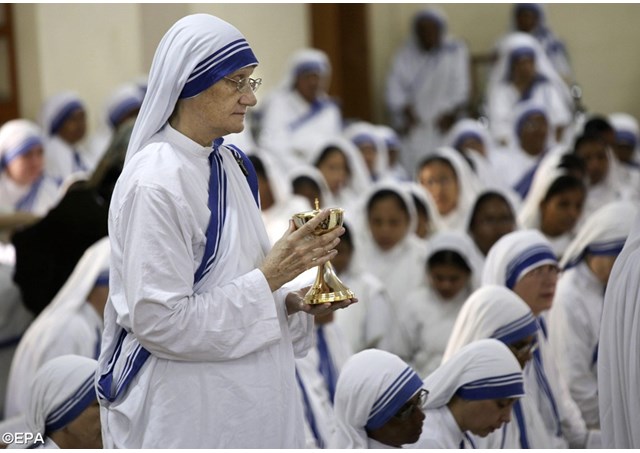 Blessed Mother Teresa of Calcutta is set to be canonized on Sunday, September 4th.

Mother Teresa founded the religious order Missionaries of Charity, which is based in Calcutta, India. She dedicated her life to helping the poorest of the poor.

The current Superior General of the Missionaries of Charity is Sister Mary Prema Pierick, who first met Mother Teresa in 1980.

Listen to part 1 of the interview with Sister Prema:

She told Vatican Radio Mother Teresa’s holiness was so present in her life, the members of the congregation took it for granted.

Listen to Part 2 of the interview with Sister Prema:

“We enjoyed her presence and we wanted to know from her how she lived the day, and how she went about the work she was doing,” Sister Prema continued.

“But deeply, I did not know how she was united with Jesus, and how deeply she lived the Gospel message of Jesus,” – Sister Prema said – “I can see that the works of mercy had become like a second nature to Mother, but that was Mother, and we took it for granted.”