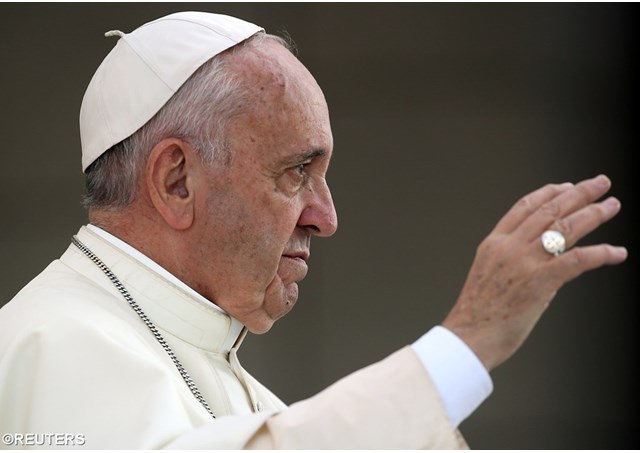 (Vatican Radio) Pope Francis paid a previously unannounced visit to the Jesuit House in Krakow on Saturday and urged them to look outwards and not just be concerned with abstract ideas. The Pope spent about 40 minutes with the Jesuits in an informal encounter where they chatted and he answered a number of question but said he had no desire to make a speech. Around 30 Jesuits were present for the encounter including the Provincials.

The visit was not included in the Pope’s official programme during his stay in Krakow.  However, Father Antonio Spadaro, Director of the Jesuit magazine Civilita Cattolica who was present for the meeting, said such visits have become almost a regular habit during the Pope’s pastoral journeys abroad.

Father Spadaro described the encounter as very cheerful, relaxed and informal.  Asked about the Jesuits’ work with the world of culture especially at universities, Pope Francis said their work in this field “must be outward looking” and not only concerned with abstract concepts and ideas. He urged them to be very close to all those "who are marginalized" and stay far away from “a libertarian ideology that puts money at the centre rather than the human person.”

Turning to the work of priests, Pope Francis said that nowadays “there is a risk that a priest who has not received a good formation is either 'too white or too black' and acts by simply applying the rules in a mechanical fashion.”  Instead, he stressed, “discernment is important” and should be at the heart of pastoral life. The Pope said for this reason it is necessary to help priests and seminarians with their spiritual discernment and this should be “one of the main tasks of the Society of Jesus nowadays.”