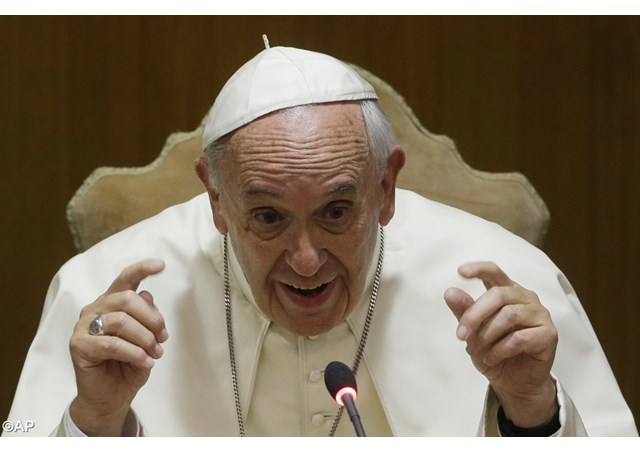 (Vatican Radio) Pope Francis has sent a video message to the participants in the Sixth World Conference Against the Death Penalty, taking place this week in Oslo, Norway. The Holy Father put his message in the key of the Year of Mercy, saying, “The Extraordinary Jubilee of Mercy is an auspicious occasion for promoting worldwide ever more evolved forms of respect for the life and dignity of each person.” Pope Francis goes on to say, “It must not be forgotten that the inviolable and God-given right to life also belongs to the criminal.”

Please find the full text of the Holy Father’s message below:

Message of His Holiness Pope Francis

I greet the organizers of this World Congress against the death penalty, the group of countries supporting it, particularly Norway as its host country, and all those representatives of governments, international organizations and civil society taking part in it. I likewise express my personal appreciation, along with that of men and women of goodwill, for your commitment to a world free of the death penalty.

One sign of hope is that public opinion is manifesting a growing opposition to the death penalty, even as a means of legitimate social defence.  Indeed, nowadays the death penalty is unacceptable, however grave the crime of the convicted person. It is an offence to the inviolability of life and to the dignity of the human person; it likewise contradicts God’s plan for individuals and society, and his merciful justice.  Nor is it consonant with any just purpose of punishment. It does not render justice to victims, but instead fosters vengeance. The commandment “Thou shalt not kill” has absolute value and applies both to the innocent and to the guilty.

The Extraordinary Jubilee of Mercy is an auspicious occasion for promoting worldwide ever more evolved forms of respect for the life and dignity of each person. It must not be forgotten that the inviolable and God-given right to life also belongs to the criminal.

Today I would encourage all to work not only for the abolition of the death penalty, but also for the improvement of prison conditions, so that they fully respect the human dignity of those incarcerated.  “Rendering justice” does not mean seeking punishment for its own sake, but ensuring that the basic purpose of all punishment is the rehabilitation of the offender. The question must be dealt with within the larger framework of a system of penal justice open to the possibility of the guilty party’s reinsertion in society. There is no fitting punishment without hope! Punishment for its own sake, without room for hope, is a form of torture, not of punishment.

I trust that this Congress can give new impulse to the effort to abolish capital punishment. For this reason, I encourage all taking part to carry on this great initiative and I assure them of my prayers.

Listen to the report by Ann Schneible: