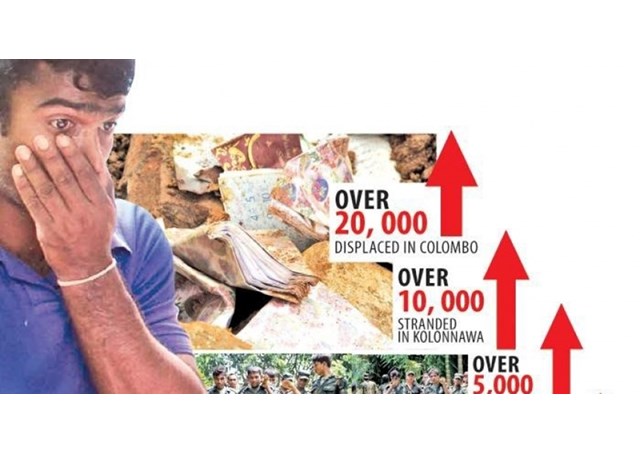 The Claretian community in Sri Lanka is actively engaged in helping victims of the floods that hit the country last month.  A letter  written by the Major Superior of Sri Lanka, Fr. S. Rex Constantine CMF, he stated that the Claretians in Sri Lanka and our Missions are not directly affected by the floods that brought a national disaster to the country. But as Christians they have decided to respond with a sense of urgency and solidarity with some little relief work according to their capacity. They have appointed in the Delegation a team (Claretians Disaster Recovery) to plan and coordinate the Relief and Reconstruction efforts of the Claretians. The team is planning strategies and actions to be of help to the affected people.

Many areas of Sri Lanka received over 300 mm of rain from May 10, 2016 that resulted in flooding and significant landslides. 22 districts across the country have been affected by floods, landslides and heavy rain. 92 persons were confirmed dead with another 131 reported as missing. Out of the affected, 319,507 people from 64,308 families have been evacuated to 602 safe locations. About 474 houses are reported to be fully damaged and 3,674 houses partially damage by floods and landslides. As of today 66198 families are residing in 497 camps in 9 districts. (Fides)