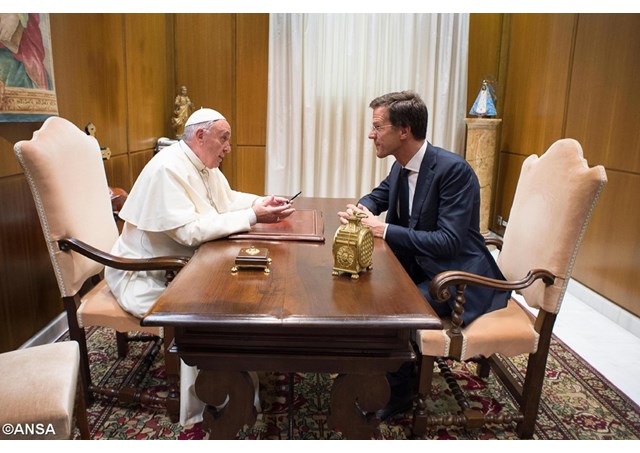 (Vatican Radio) Pope Francis received the Prime Minister of the Netherlands, Mark Rutte, in audience on Wednesday morning. Following the meeting with the Holy Father, Rutte met with the Cardinal Secretary of State, Pietro Parolin, and the Secretary for Relations with States, Archbishop Paul Richard Gallagher.

A communiqué from the Press Office of the Holy See states that the Pope and the Prime Minister held cordial discussions that ouched on the good bilateral relations between the Netherlands and the Holy See, and focused on questions of mutual interest such as the phenomenon of migration, as well as various issues of an international character.