Archbishop Villegas opts for ‘virtue of silence’ over Duterte blast 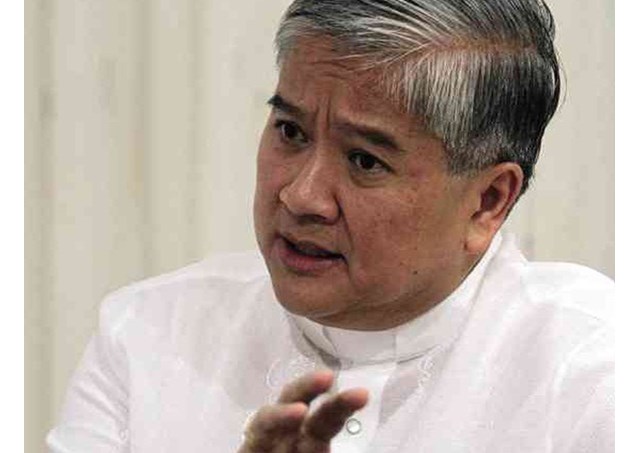 The president of the Bishops Conference of the Philippines, Mgr. Socrates Villegas, breaks  silence after the new president Rodrigo Duterte’s  attacks against the Church: Duterte has publicly accused the Filipino bishops and priests of hypocrisy and corruption.

Many faithful were eager for Archbishop Socrates Villegas to answer the series of vulgar attacks on the Church. He, after all, has built a reputation to immediately speak on current issues.

On Sunday, the head of the Catholic bishops’ leadership, finally broke his silence but with a touch of benevolence. So far, his overall message has been one of reconciliation, not reprimand.

“Mine is the language of peace that refuses the dark magic of revenge,” he said. Mine is the silence of respect for those who consider us their enemies but whose good we truly pray for and whose happiness we want to see unfold.” “There is virtue in silence. There is virtue in speech. Wisdom is knowing when it is time for silence and when is the timing for speech,” Villegas said.

The bishops and priests have been the subjects obscenity-laden attacks from incoming President Rodrigo Duterte and his supporters in recent weeks, hitting the Church as the “most hypocritical institution.”

In some occasions, he also threatened to bring down the Church by exposing its sins in the past, including churchmen who had allegedly had secret affairs with women.

An online petition launched was also put up by Duterte’s supporters calling for the resignation of Villegas, both as CBCP president and archbishop of Lingayen-Dagupan.

The same petition also called for the resignation of Lingayen-Dagupan Archbishop Emeritus Oscar Cruz, clearly unmindful that the prelate has no longer been acting as the leader of the archdiocese. Cruz retired from the post in 2009 after reaching the mandatory retirement age for bishops of 75.

It is obvious that the church hierarchy will not engage in a word war with the incoming president, and the CBCP’s silence was apparently more eloquent than speech.

“Mine is the silence of Jesus before the arrogance of Pilate,” added Villegas.