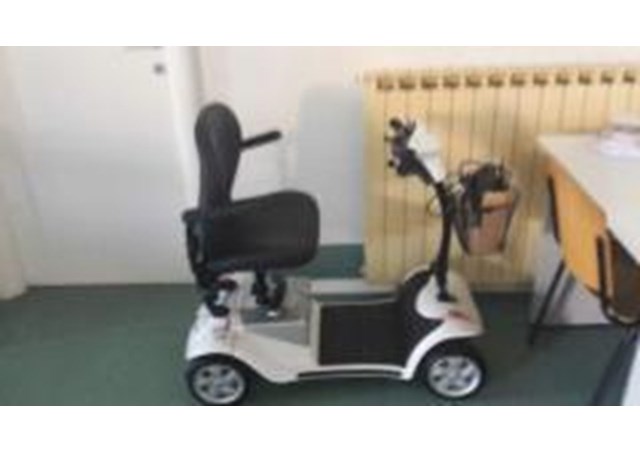 (Vatican Radio) Saturday morning Pope Francis, via the Papal Almoner Mgr Konrad Krajewski, sent a special gift to an elderly disabled couple: an electric scooter. The couple, which lives on the outskirts of Rome, is being helped by the Italian Association Medicina Solidale and will now, thanks to the gift, be able to move independently.

The woman has recently had a leg amputated and together the couple has many health problems, including high blood pressure and diabetes. Medicina Solidale had been planning to raise funds for the electric scooter but Pope Francis anticipated the problem and has been able to fulfil the Roman couple’s need.

Lucia Ercoli, Director of Medicina Solidale, says that "the Pope never ceases to amaze us, thanks also to the intervention of Mgr Konrad – after [we received] medicine, food, the ambulance – and now this special papal scooter has arrived.”

Medicina Solidale was established in 2003 as a voluntary nonprofit association with a mission to work for the poor, the socially disadvantaged and those who may be excluded from usual health care services.

Ercoli is grateful for the gift from Pope Francis and the attention it gives to the mission of Medicina Solidale. "In this way,” she says, “we feel less alone in our daily work, less abandoned by institutions, but with the Pope we feel close and always present."