Shining the spotlight on Syrians living under siege 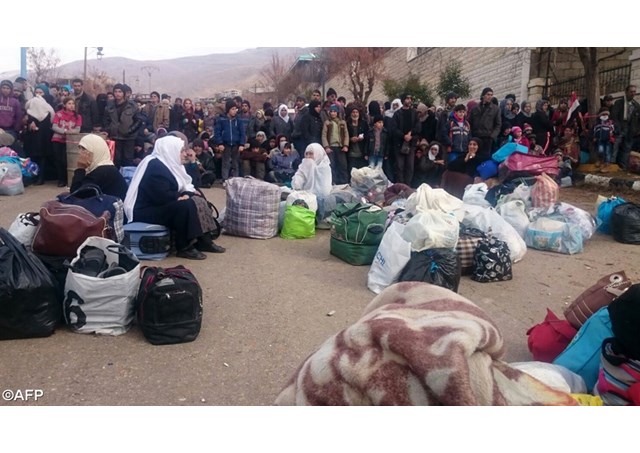 (Vatican Radio) The International Committee of the Red Cross (ICRC) welcomed as “a positive sign” the approval given by Syria’s government for the delivery of humanitarian aid to at least 11 besieged areas in the nation. The Damascus government has asked the United Nations and the Red Cross to send in the aid convoys. Krista Armstrong is an ICRC spokesperson for the Middle East and she spoke to Susy Hodges about the Red Cross’ reaction to this approval.

Listen to the interview with Krista Armstrong, a spokesperson for the Middle East for the International Committee of the Red Cross:

Asked for her reaction to the news, Armstrong said for a humanitarian agency like the ICRC such approval is always “a positive sign” and will allow it to meet, assess and “respond to the needs of people (on the ground) impartially.”

She also noted that this year the UN’s access to besieged areas in Syria has “improved” and compared to 2015 has almost doubled.  Describing the needs as “huge,” Armstrong concedes that these humanitarian aid convoys won’t be “sufficient” to meet the needs of those on the ground (in the besieged areas).  What is also important, she continued, is that these aid deliveries are not “one-offs,” saying it was vital to take convoys into the besieged areas on a “repeated basis.” But it has to be recognized said Armstrong that “aid will not resolve this humanitarian crisis” which requires a political solution to the Syrian conflict.

Airdrops seen as “a last resort”

Asked about the call from the U.S., France and the UK for the UN to begin airdrops to besieged areas in Syria, Armstrong said these should be “seen as a last resort” and a short-term solution, describing them as “very difficult, very challenging, expensive and even “dangerous” in heavily populated, urban areas. She said a key advantage of sending in humanitarian aid convoys on the ground was that it enabled humanitarian workers to assess the needs of the local population and help ensure that the most vulnerable groups like the elderly and disabled do not miss out on gaining access to desperately-needed aid when it arrives in the area.

With the spotlight shining on the plight of Syria’s besieged civilians, the global Catholic peace network, Pax Christi International, believes the true number of besieged people across the war-torn nation could be over a million.  According to United Nations figures, over half a million Syrians live in 19 areas designated as “besieged” and need sustained and regular access to aid. However, Pax Christi says a study they have done suggests the actual number of besieged Syrians could be almost double the official estimate.

Jan Jaap Van Oosterzee is an expert on Middle East affairs for Pax Christi International. He spoke to Susy Hodges.

(The interview can be listened to following the above interview with Krista Armstrong).

Van Oosterzee explained the reasons why Pax Christi believes the true figure of those Syrians living under siege is more than a million.  He said that in their view, sieges “serve no military goal” and are really a form of collective punishment for the local population. What is worse, said Van Oosterzee, is that the different parties fighting in Syria’s conflict can even gain an economic advantage from sieges.

“In some situations, the armed groups may even benefit from sieges because they are in control of the smuggling routes so it’s really a way to punish communities.”