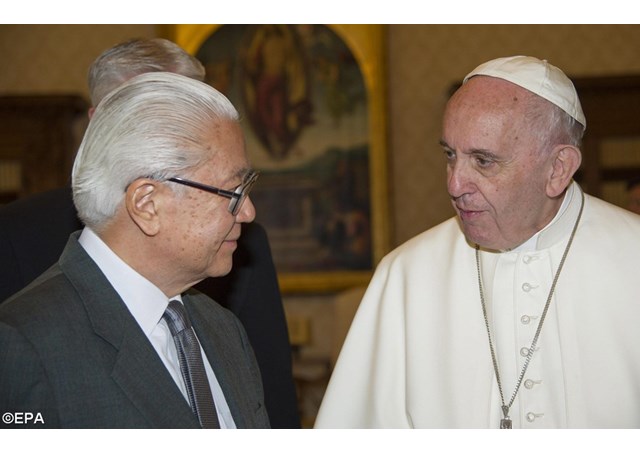 (Vatican Radio) Pope Francis on Saturday met with Mr. Tony Tan Keng Yam, the President of the Republic of Singapore, who subsequently met with the Vatican Secretary of State, Cardinal Pietro Parolin, who was accompanied by Archbishop Paul Richard Gallagher, the Secretary for Relations with States.

A statement issued by the Holy See Press Office said the meeting was “cordial” and the parties spoke about “the good relations between the Holy See and Singapore, as well as the collaboration between Church and State, especially in the educational and social fields.”

The statement also said they also spoke about certain international issues and the regional political situation, with particular reference to the importance of interreligious and intercultural dialogue for the promotion of human rights, stability, justice and peace in Southeast Asia.