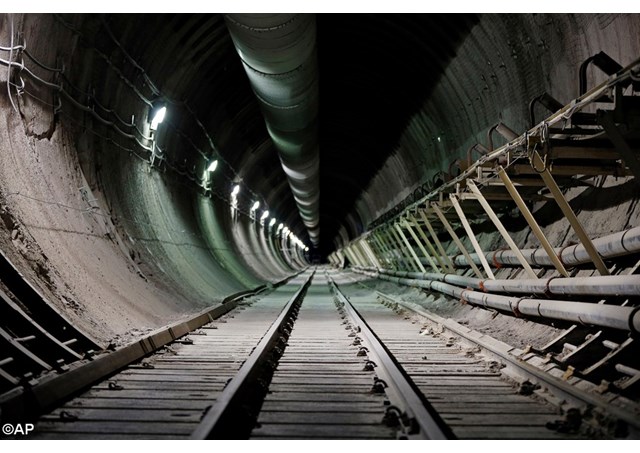 (Vatican Radio)  Bishops, Catholic scholars, and policy specialists from nine countries gathered in London this week in a Colloquium to discuss Catholic Approaches to Nuclear Proliferation and Disarmament.

The Catholic Bishops’ Conference of England and Wales (CBCEW) joined Lord Browne of Ladyton and Lord McFall of Alcluith, and the University of Notre Dame’s London Global Gateway in hosting the Colloquium.

“The technical strategic debate about nuclear proliferation and disarmament is critically important, but it must be guided by moral considerations,” said Cardinal Vincent Nichols, President of the Catholic Bishops' Conference of England and Wales.

In a report on the 24-25 May meeting, the CBCEW said the London Colloquium is connected to a U.S. initiative to revitalize Catholic engagement on nuclear proliferation and disarmament.

According to the report, the meeting was introduced by Bishop Oscar Cantú, the Chair of the U.S. Bishops’ Committee on International Justice and Peace, who said,  “the policy debate is ahead of the moral debate.” And,  “we need to educate and empower new generations of Catholic leaders on the ethical and policy arguments for reducing and eliminating nuclear weapons.”

At the opening public event, held at the University of Notre Dame’s Global Gateway, Maryann Cusimano Love of The Catholic University of America urged that “the Church and policymakers go beyond the debate on the ethics of nuclear deterrence and consider nuclear disarmament as a challenge of peacebuilding.”

Bishop Marc Stenger, President of Pax Christi France, emphasized the need for Church leaders “to foster among the general public a broader awareness of the challenges to peace presented by nuclear weapons by providing space for an open dialogue on nuclear deterrence.”