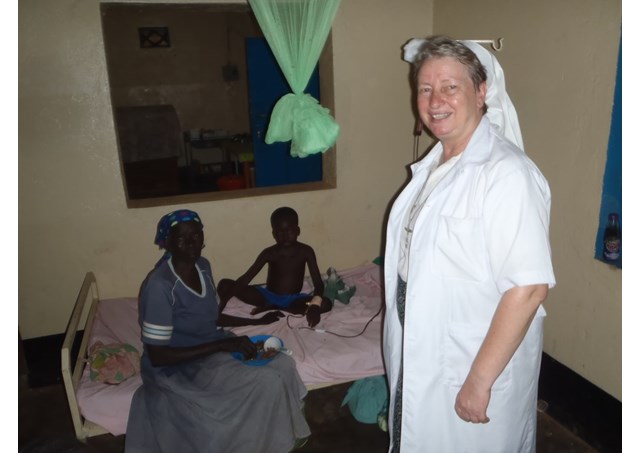 Holy Mass in memory of Sr. Veronika Rackova has been held over the weekend at Yei’s Christ the King Cathedral in South Sudan. Sr. Veronika, a medical doctor at St Bakhita Health Centre in Yei, South Sudan died Friday of her wounds after being shot at in South Sudan, last week.

Earlier in the week, the Secretary General of the Diocese of Yei, Fr. Emmanuel Sebit told media that he believed that the death of Sr. Veronika was "a tragic accident." According to Fr. Emmanuel, being the eve of anniversary celebrations marking 30 years of the formation of Sudan People's Liberation Movement (SPLA), the army had been deployed in large numbers to protect civilians. There were several roadblocks on most major highways.

Refering to the shooting, the Bishop of Yei, Erkolano Lodu Tombe, who celebrated Sr. Veronika’s Mass told the congregation that security personnel should not let wrong elements provoke citizens into “unnecessary reactions.” The Bishop spoke of his profound sadness at the death of Sr. Veronika when the country had just begun to take steps towards peace.

Bishop Erkolano urged military commanders to punish immediately soldiers who abuse their role while protecting lives and property of citizens. Earlier this week, the government said it had arrested three SPLA soldiers for the shooting.

Yei River State Information Minister, Stephen Lodu Onesimo, described the killing of Sr. Veronika as an “undisciplined and barbaric act.” He said the culprits “must be brought to justice.”

Sister Veronika Rackova  a Slovakian missionary was a religious sister of the Holy Spirit Missionary Sisters (SSpS). While working in South Sudan, she served as head of St Bakhita’s Medical Centre in Yei. She was shot at and severely wounded on 16 May by SPLA soldiers who were on night patrol in Yei Municipality at around 1.00 am. The shooting happened while Sr. Veronika was driving the St Bakhita ambulance on her way back from Harvester's Health Centre, a more specialised facility for women and children. She had just delivered a patient with a complicated case of delivery for specialised treatment and care. Sr. Veronika died on 20 May at the Nairobi Hospital in Kenya, where she had been flown for emergency treatment.

"It is our hope to continue to serve the needy people of this great nation of Africa despite this unfortunate incident," Sister Jerly told journalists in South Sudan.