From Iraq to Hollywood: a migrant's story 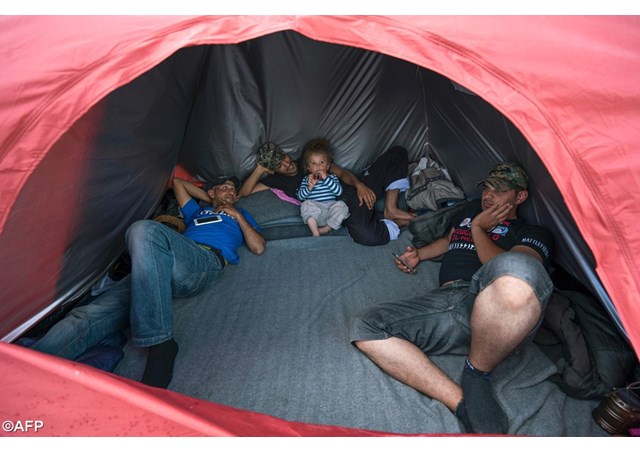 (Vatican Radio) As the saying goes “never judge a book by its cover”. On the face of it Pete Shilaimon is a successful Hollywood producer working on big budget movie productions that are seen by cinema goers all over the world.

But that’s only what hard work, self-belief and a strong faith has brought him. The cover of that book maybe glossy, but turn the pages and it reveals a person who feels a deep empathy with those who suffer due to his own experiences as a young migrant.

Pete’s own story began in Iraq in the 1970’s. For him religious persecution was not just a phrase but a reality. He recounts how he and the rest of his Catholic family fled the country and how they arrived with nothing in the United States. It’s a situation that many Iraqi’s have faced, especially in the last number of years which has seen thousands flee cities such as Mosul which were over-run by Islamic militants.

“It brings back every horrendous memory I’ve had of Iraq”, says Pete. “I was 5 years old when I fled but watching what’s going on in Mosul and Iraq and the persecution of Catholics and Christians, it’s horrendous.”

He says that all his family members have now fled Iraq, adding that he has an uncle living in Dusseldorf in Germany and another uncle who is a refugee in Turkey.

As he watches the continuous steady stream of migrants fleeing conflict and misery in search of a better life in Europe, Pete says, his heart goes out to them.

He goes on to say that his own family experienced at first-hand what it was like to knock on those doors in order to build a life for themselves and be accepted.

“My Dad was that person, my Dad was knocking on the door of the middle class for I can tell you 10 years, you know I was a welfare child, we finally got to that middle class and it took us a long time. I can’t imagine what these people are going through right now because it’s so much harder for these people now than it was for us.”

As a producer on the recently released motion picture “Risen” which looks at the days immediately following the Passion, death and resurrection of Jesus, Pete believes that movie studios are becoming more receptive to backing faith based stories. “I think if they’re done right, I think they are very well received… I do think studios are going to make more of these (films) I hope they make more of these and I hope they make them in way that doesn’t offend people”,...but educates them.

As Pete reflects on where he has come from on his life journey and the goals he still wants to achieve, he hopes that his story will spur on children who have faced similar difficulties in their lives to believe that dreams are possible whether it be in the film industry or any walk of life.

The “Risen” DVD is released May 24th.