The Apostleship of the Sea UK: a ministry of mercy 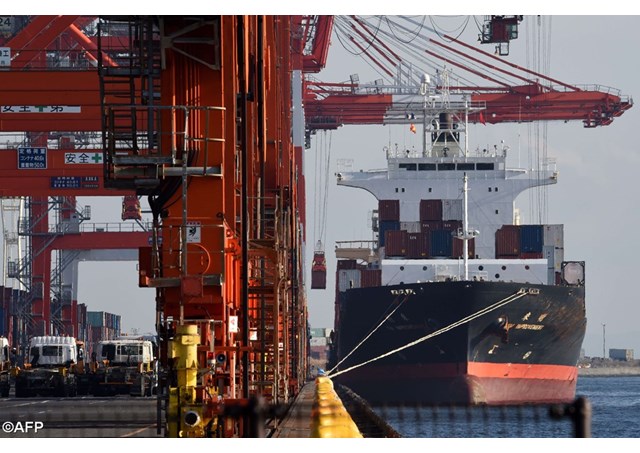 (Vatican Radio) Bringing into focus the “invisible” lives of seafarers is at the heart of a campaign by the UK’s Office of the Apostleship of the Sea (AoS) for this Jubilee Year of Mercy.  Set up to offer pastoral care and practical assistance for seafarers, the largely volunteer charitable network has published a prayer card which they have been distributing to seafarers and to supporters, “reminding them of both the corporal and spiritual works of mercy,” says AoS-UK’s National Director Martin Foley.

Listen to the interview with Martin Foley who tells us more about the initiative:

As part of its Jubilee campaign, AoS is also organizing a series of retreats on the theme of mercy for its 16 port chaplains and some 120 volunteer ship visitors.

“They are a fantastic [and growing] team which enables us to provide good coverage across all the UK ports,” explains Foley.  His office has appointed two new assistant port chaplains in the last twelve months, he says, “because we recognize the scale of this ministry and the need to ensure that it’s properly resourced.”

The “invisible” plight of many seafarers

“All too frequently, we come across instances of a crew being abandoned or not having been paid, or having to face difficult conditions on board – whether that be through inadequate meals, or inadequate hygiene/washing facilities,” Foley stresses.

AoS is currently responding to one such situation in Kent, in southern England.  The crew of the Southern Star container ship have not been paid their wages for the last few months and the ship has been detained by the UK Maritime and Coastguard Agency for being unseaworthy. Several of the Russian crewmembers have been repatriated but a handful remain on board in a bureaucratic limbo.

AoS Kent port chaplain Deacon Paul Glock and his team have been ministering to the crew and offering practical support, including providing essential provisions, Foley explains. Together with other agencies, AoS is pressing port and state authorities for a resolution to the situation.

We do this, Foley affirms, because  “we are a mission of the Church; we have been sent by the Church to share God’s love with seafarers.  And that’s not just Catholic seafarers; it’s all seafarers and to assure them that though they are far from home, family and friends, that the Church, through the Apostleship of the Sea, is here for them.  To serve them spiritually, pastorally and practically.”

Foley is pleased that some of the seafarers have been able to secure a contract on another ship, or return home.

“But officers on board a vessel have to ‘stick it out,’” admits Foley.  “So if they’re not able to come ashore, we have to go to them.  And this is really when the local Catholic community steps up to provide support…to provide food, clothing where necessary.  And to really reassure those seafarers that are stranded in a port… that out-of-sight does not mean out-of-mind.  And that we continue to be here for them.”

And, being there for them can simply mean visiting the crew on a regular basis and engaging them in conversation “to keep them in touch with the world out there.”

In many cases, AoS will also supply the crew with “what we call a ‘my-fi’ unit so they can communicate via the internet with family and friends back home.”

AoS also works closely with trade unions so that where outstanding wages are due, these can be paid out to the crew.  The charity also recruits translation services where required.

“Our overriding objective is to make sure that whilst the crew may be stranded in a UK port for a length of time, while they are here, they do not feel abandoned. And they feel that someone is out there being an advocate for them, with the appropriate authorities,” Foley stresses.

Sea Sunday 10 July on the horizon

To raise awareness about the needs and contributions of seafarers, the Church sets aside the second Sunday of July as Sea Sunday which this year will be celebrated on July 10th.  AOS invites parishes across the globe to pray and to “really put seafarers front and centre,” says Foley.

Year-in and year-out, seafarers come and go out of our ports and are largely “invisible,” says Foley.  One of our roles, he adds, “is to make visible this wonderful work of seafarers, to raise people’s awareness of the conditions that many seafarers have to endure to look after their families.  It’s a moment to ask the Catholic community to support seafarers through prayer and charitable giving.”