Pope emeritus: Third Secret of Fatima was released in full 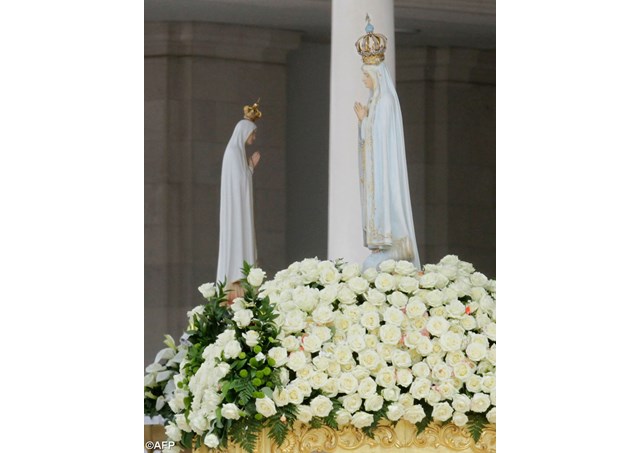 (Vatican Radio) Pope emeritus Benedict XVI has said he never told anyone the publication of the “Third Secret of Fatima” in the year 2000 was incomplete, and confirmed the document was published in its totality.

A Communiqué was published Saturday by the Holy See Press Office on various articles regarding the “Third Secret of Fatima.”

“ Several articles have appeared recently, including declarations attributed to Professor Ingo Dollinger according to which Cardinal Ratzinger, after the publication of the Third Secret of Fatima (which took place in June 2000), had confided to him that the publication was not complete,” – the Communiqué reads – “In this regard, Pope emeritus Benedict XVI declares ‘never to have spoken with Professor Dollinger about Fatima’, clearly affirming that the remarks attributed to Professor Dollinger on the matter ‘are pure inventions, absolutely untrue’, and he confirms decisively that ‘the publication of the  Third Secret of Fatima is complete’.”

According to one of the visionaries – Sr. Lúcia de Jesus Rosa Santos – on July 13, 1917, Our Lady entrusted the children with three secrets, which she later wrote down and delivered to the Pope.

The third secret was not revealed with the others, but Pope John Paul II decided to release it in the Jubilee Year of 2000.