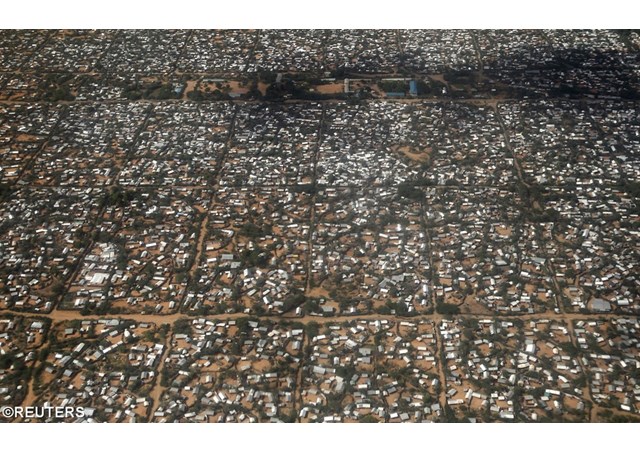 The Kenya Conference of Catholic Bishops says it is monitoring events after the Kenyan government announced it plans to close Dadaab Refugee camp and repatriate all refugees to their home countries.

Find below the full statement.

KCCB BRIEF ON THE GOVERNMENT DECISION TO CLOSE REFUGEES CAMPS

As you are all aware the Government of Kenya through the Ministry of Interior separately issued two statements on Friday 6th May, 2016 and Wednesday 11th May, 2016 indicating that Kenya intends to close refugee camps and repatriate all refugees to their home countries. The Kenya Conference of Catholic Bishops (KCCB) through the Commission for Refugees, Migrants & Seafarers has been monitoring the situation and has since joined a multi-agency working group led by the United Nations High Commission for Refugees (UNHCR).

KCCB - Commission for Refugees, Migrants & Seafarers was represented by the National Coordinator, Mrs. Margret Masibo and KCCB Head of Editorial and Messaging Francis Mwangi during the multi-agency consultative meeting at the UNHCR offices in Nairobi on 13th, May, 2016.

The following were the highlights of the meeting

2.    The Government of Kenya has indicated that the announcement only affects the Dadaab Refugee camp and not Kakuma and urban refugees yet the statement has not been supported by any formal announcement.

3.    The Government has Gazzeted the taskforce to steer the repatriation exercise of refugees living in Dadaab, the taskforce will report to the Cabinet Secretary for Interior by May 31st 2016.

4.    In addition to announcing the intention to repatriate refugees, the government also disbanded the Department for Refugee Affairs (DRA). This could lead to a crisis as the key operations such as registration of persons and also the accreditation/permits for humanitarian workers has stopped.

6.    Stake holders appreciates that the Dadaab Refugee camp is a forgotten crisis by the International Community hence more need to be done.

7.    There are important contacts taking place led by the diplomatic community both to lobby the Government of Kenya to reconsider its decision and also to call on the International Community to support Kenya, for instance the US Secretary of State has issued a statement on the same.

8.    The meeting was informed that the Kenya National Commission on Human rights (KNCHR) and Civil Society Organizations plan to file a petition challenging the move by the Government to repatriate refugees.

9.    The UN High Commissioner for Refugees will visit Kenya on 25th May, 2016, for talks with the Kenyan Government Officials.

·  Messaging:  The agencies will ensure that they develop a common messaging template in all advocacy efforts. All public statements to focus on the plight of refugees. Public communications should not hurt, antagonise or hinder engagement with the Government of Kenya. The messages should appreciate concerns by Kenya and promote dialogue

·  Partners Meeting at KCCB: Jesuit Refugee Service Eastern Africa, Danish Refugee Council, and KCCB will meet on Monday 16th May 2016 at 2pm KCCB Boardroom to discuss a press statement among other strategies for public engagement.

·  Engagement with the Government task force: The  Multi-agency under the coordination of UNCHR will pursue avenues of engaging the task force

·  Opportunities:  There are other opportunities to discuss the issue such as the first ever high-level summit on refugees and migrants in Istanbul scheduled for May 23-24, 2016. Kenya has a right to be heard in the global narrative on refugees.