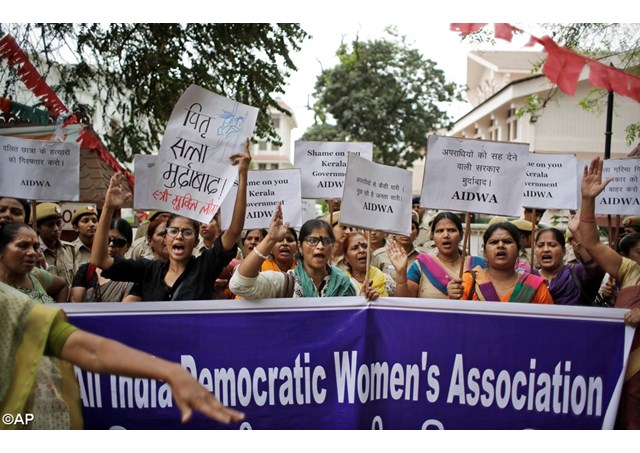 The Catholic bishops of India have joined political parties, rights activists, women organizations  and ‎others in condemning the rape and brutal murder of a young Dalit law student in southern India’s Kerala ‎state.   The 30-year-old student by the name of Jisha was raped and murdered at her home in ‎Perumbavoor on April 28.  Her intestines were ripped out and she had 30 wounds on her ‎body, including two deep stab wounds on the chest. There has been no significant breakthrough, and ‎the state police are yet to make any arrest in the case.‎

The Office for Women of the Catholic Bishops Conference of India (CBCI), issued a statement ‎condemning the “barbarous and horrific act against a woman.”  It expressed its deep concern for the ‎‎“the life and dignity of women in the country.”  The statement said: “It appears ironical that a woman is ‎taunted, molested and abused at every walk of life and she is not safe even in her own house and arises ‎questions as to how far women are safe and secure today in India. It is more vulnerable in the case of ‎women from economically and socially backward sections.”   ‎