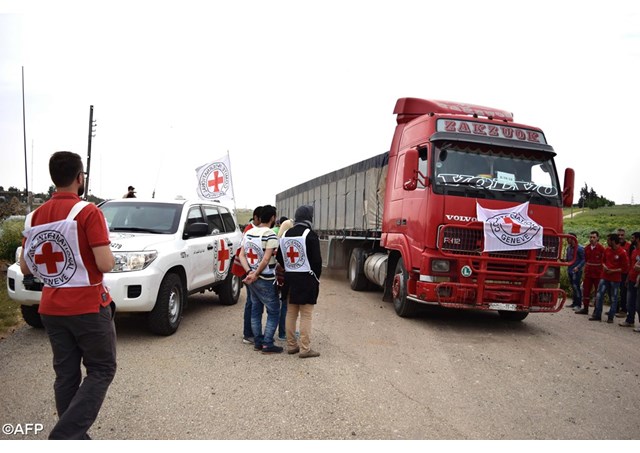 (Vatican Radio) The largest convoy of humanitarian aid has been delivered to the besieged town of Al Rastan in Syria by the International Committee of the Red Cross.

The ICRC has had a presence in Syria since the outbreak of violence five years ago. With the situation worsening each day, millions are left waiting for humanitarian aid.

Vatican Radio spoke with Sitara Jabeen, the ICRC spokesperson for the Middle East, tells us more about the current humanitarian crisis in Syria.

Ms Jabeen said that that this is the first time a convoy of this size is going to a besieged area since the beginning of the conflict. More than 60 trucks are delivering aid to over 120,000 people who are lacking food, clean water but above all healthcare.

According to Ms Jabeen, “health structures are not functioning properly” due to the lack of supplies and damaged facilities. It is also dangerous for medical staff to work in certain areas.

Despite the ongoing violence, particularly in the northern parts of the country where more than 50,000 people have been displaced in recent months, Ms Jabeen described the situation as “positive time in a way” as now humanitarian organisations are able to access these besieged areas where it wasn’t possible before.