Pope Audience: Distinguish between the sin and the sinner 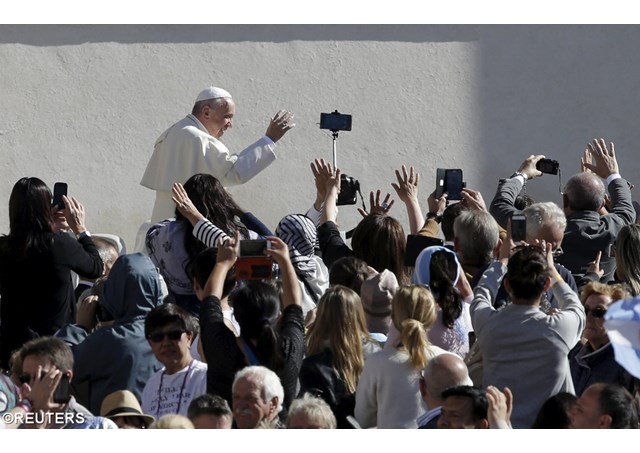 (Vatican Radio) In his continuing catechesis for this Holy Year of Mercy during his weekly General Audience, Pope Francis drew inspiration from the Gospel episode of Jesus’ dinner at the home of Simon the Pharisee.

He said, "All of us are sinners, so many times we fall into the temptation of hypocrisy, believing that we are better than the other ”, but he continued, look at your sin, all of us need to look at our sins, our mistakes and look to the Lord,” because, he added, "this is the lifeline, the relationship between the sinner and the Lord."

The Pope was referring to the story from St Luke in which a woman known as a sinner comes up to Jesus, and bathes his feet in her tears and anoints them with precious perfume, but the Pharisee judges the woman by appearances. However, Jesus, underlined the Holy Father, distinguishes between the "sin and the sinner."

The Lord, continued Pope Francis teaches Simon that “the woman’s act, as an expression of faith and trust in God’s mercy has merited the forgiveness of her sins.”

The Pope told the faithful gathered in St Peter's Square, it is a lesson for us all that “God’s mercy reaches out to everyone; it overcomes prejudice and surmounts all barriers.”

He added, that “through faith in Christ, we too have received the forgiveness of our sins and the new life of grace.”