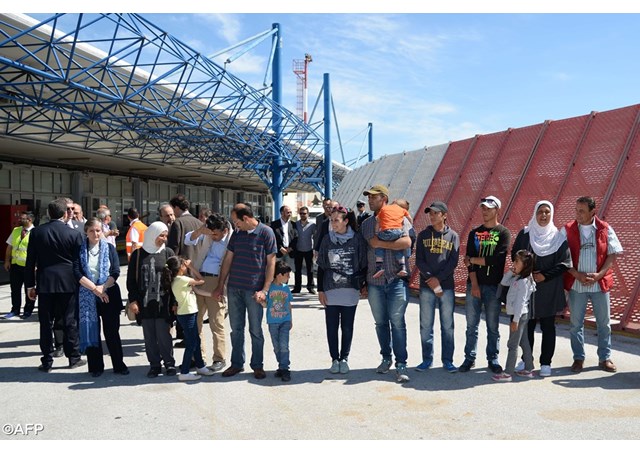 (Vatican Radio) Pope Francis took three Syrian families and their six children back with him on the plane to Italy when he left the Greek island of Lesbos after his 6-hour visit there.

The Syrian refugees, numbering 12 in total, were chosen from amongst those who were already present in the refugee camp on Lesbos before the recent deal was signed between the EU and Turkey.

The Director of the Holy See’s Press Office, Father Federico Lombardi, said the Pope had wished to make a gesture of welcome and solidarity on behalf of the refugees and the initiative had been organized and made possible during discussions between the (Vatican) Secretariat of State and the relevant Greek and Italian authorities.

All the members of the three Syrian refugee families are Muslims. Two of the families come from Damascus and the third one comes from Deir Azzor which is located in an area controlled by the so-called Islamic State group.

The homes of all three families were destroyed by shelling. The Vatican will be responsible for the costs involved in housing and taking care of the refugees. Father Lombardi said the Sant’Egidio community will be providing the initial shelter for them.